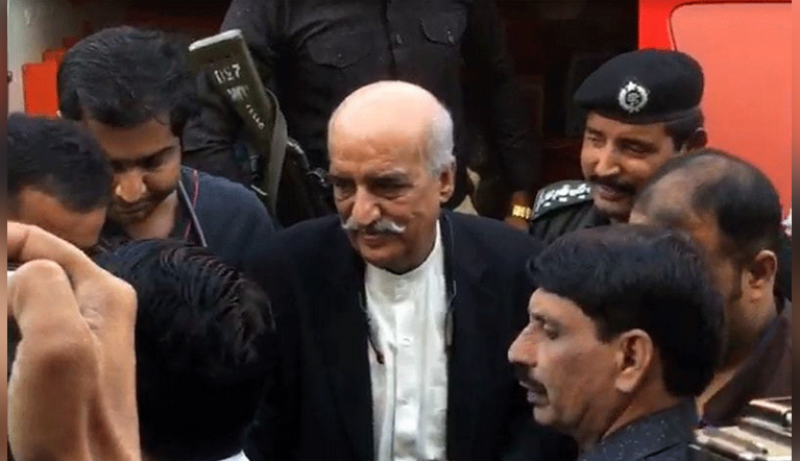 According to details, the top court directed the PPP leader to submit bail bonds worth Rs10mn as the surety against his bail.

A division bench of the SC led by Justice Umar Ata Bandial granted bail after hearing arguments over two days. The reasons for the bail granting order will be issued later.

However, the bench noted that Khursheed Shah’s name will be placed on the Exit Control List (ECL) and will be subject to relief granted by the trial court. Makhdoom Ali Khan appeared on behalf of.

Back in July 2021, the Sindh High Court (SHC) had dismissed a petition seeking Shah's request for bail.

National Accountability’s (NAB) Sukkur chapter had arrested Khursheed Shah on September 18, 2019, in the assets beyond known sources of income case.