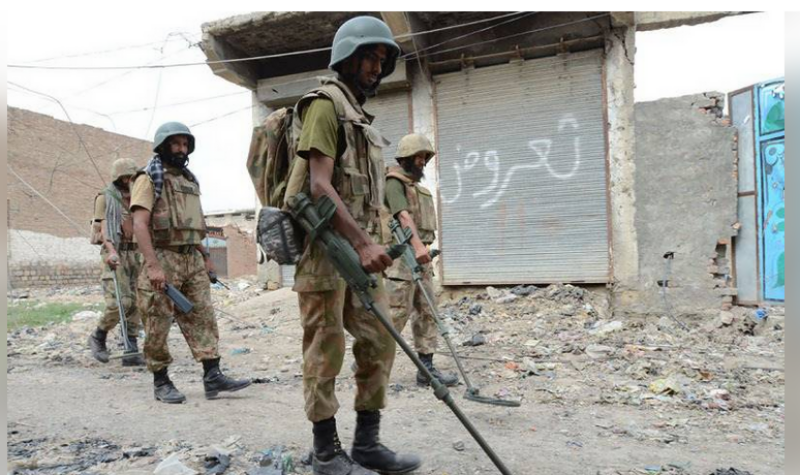 According to the Inter-Services Public Relations (ISPR), the blast took place during a cordon-and-search operation last night.

The deceased were identified as FC personnel Lance Naik Mudassir, 28, a resident of Kohat and Sepoy Jamshed, 26, a resident of Karachi, police driver Samad Khan and constable Noor Rehman.

The statement added that area clearance is being carried out to eliminate any terrorists found.

There was no immediate claim of responsibility for the latest attack.

Earlier on Wednesday, a Pakistan Army soldier was martyred when terrorists attacked a military post in Thal area in Hangu district of KP, the military’s media wing said on Wednesday.

According to a statement issued by the ISPR, Sepoy Waqas, 26, a resident of Mansehra embraced martyrdom during the exchange of fire with terrorists.

The ISPR added that the troops initiated a "prompt response and effectively engaged" the terrorists' location.

Later, an area clearance operation was carried out to eliminate the terrorists.