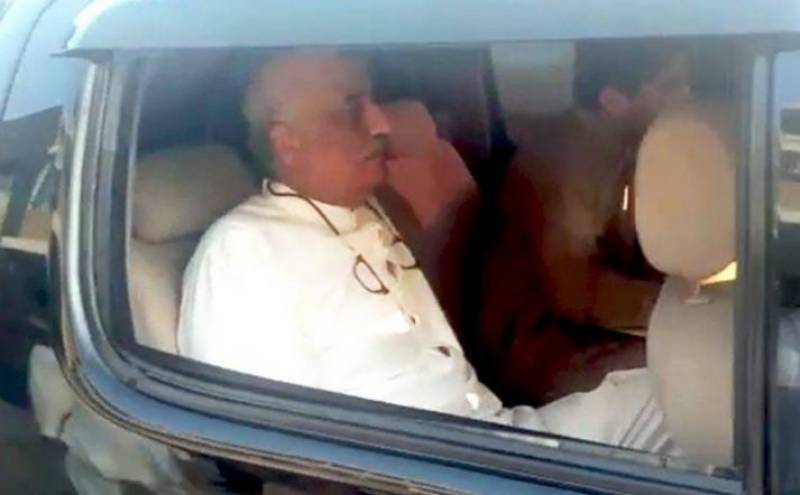 The PPP appeared before the court today, following his arrest on Wednesday.

During the hearing, the NAB authorities requested for a 15-day remand of the veteran PPP leader.

Judge Ameer Ali Maheser initially asked NAB how it could be asking for Shah's 15-day physical remand without any papers stating the allegations against him.

First you present the case files then you ask for the remand, the judge instructed NAB.

The NAB prosecutor said the papers were at their office and asked for half an hour to get them. The hearing was adjourned for 30 minutes so that the NAB officials could get the documents.

The court then granted 10-day remand to NAB and ordered Shah to be presented before the court on October 1.

The court also directed provision of medical facilities, food from home to the PPP leader and meeting with his family members.

On Wednesday, NAB had arrested Khursheed Shah from Islamabad in assets beyond means case.

The anti-corruption watchdog initiated an investigation against the former Opposition Leader in National Assembly last month (August 7) and it was alleged that the PPP leader built hotels, petrol pumps and bungalows in the name of others (benamidaar).

Meanwhile, the Sindh High Court (SHC) granted pre-arrest bails to Khurshid Shah’s sons, Zeerak and Farukh Shah and alleged frontman Syed Qasim Ali Shah in the assets case against surety bonds of Rs500,000 each. The court directed NAB officials not to arrest the suspects till October 16.