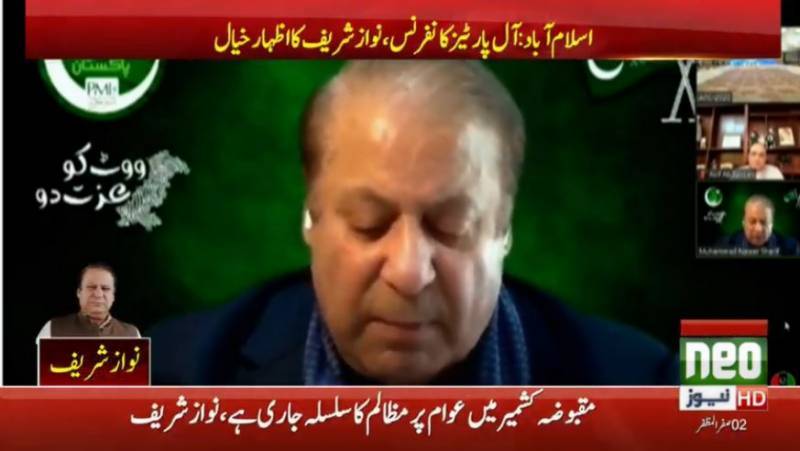 The eight-hour-long PPP-hosted multi-party conference (MPC) which was also addressed by deposed prime minister Nawaz Sharif and former president Asif Ali Zardari through video link, the opposition leaders announced that they would use all political and democratic options, including no-confidence motions and en mass resignations from parliament, to seek “the selected prime minister’s resignation and an end to the role of the establishment in politics”.

The JUI-F chief also read out a 26-point declaration in the form of a resolution containing various demands, including “end of establishment’s interference in politics, new free and fair elections after formulation of election reforms with no role of armed forces and intelligence agencies, release of political prisoners, withdrawal of cases against journalists, implementation of the National Action Plan against terrorism, speeding up of the projects under China-Pakistan Economic Corridor and across the board accountability under a new accountability law”.

PML-N president Shehbaz Sharif said that the opposition had no option but to arrive at these decisions as the incumbent government was "selected" and could not handle the country's affairs.

PPP chairman Bilawal Bhutto Zardari said that the opposition is headed towards its "mission" under the guidance and support of the PML-N supremo Nawaz Sharif and PPP chairman Asif Zardari.