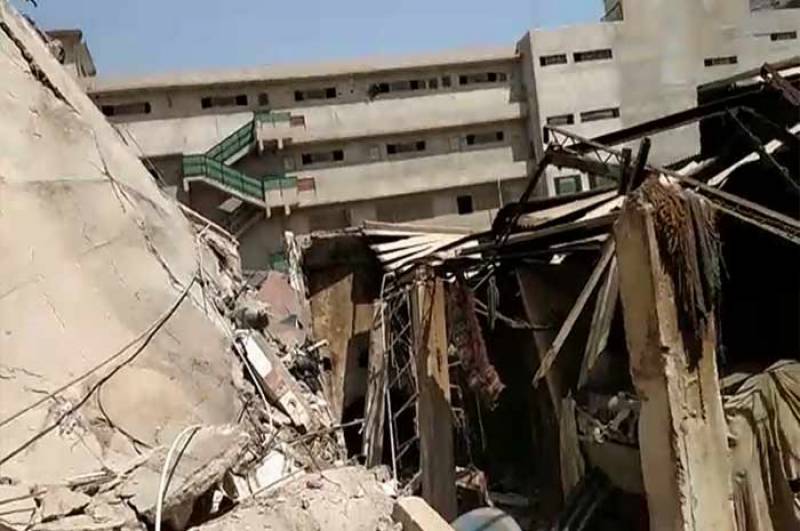 Karachi (Web Desk): At least two people were killed after building of a factory collapsed in Shershah area of Karachi on Monday.

According to details, the building of a Polythene Bags factory near Siemens Chowrangi in Shershah area suddenly collapsed killing at least two people. Police and rescue teams had reached the spot.

As per the initial reports, several people were feared to be trapped under the rubble.

Rescue teams had started searching missing people buried under the rubble of the factory.

The Sindh government has taken notice of the incident and directed the relevant departments to utilize all sources to save the lives of affected people.

Earlier this month, at least two people were killed and several others were injured after a two-storey building collapsed in Bihar Colony in Karachi's Lyari area.