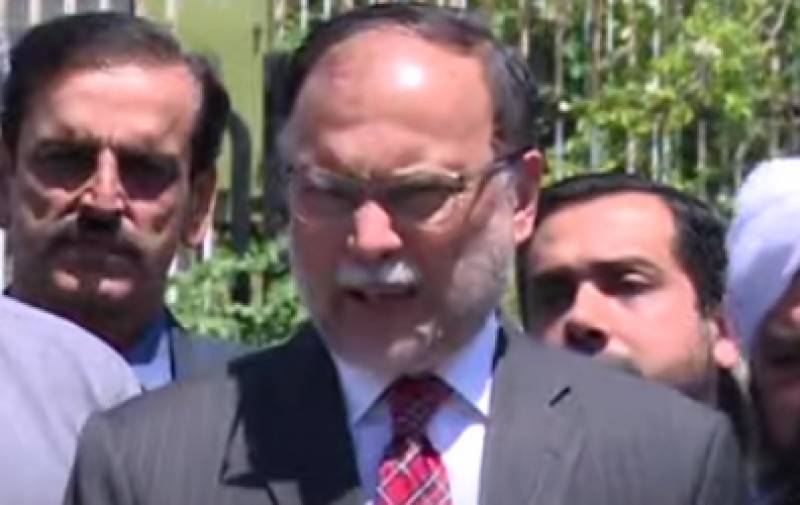 The PML-N leader was arrested by the National Accountability Bureau (NAB) in December 2019 and released on bail the following year in February. However, the accountability court had rejected Iqbal’s plea for acquittal in February earlier this year.

In the reference filed in November 2020, NAB had accused Iqbal of misusing authority by funding a provincial government project, Narowal Sports City, in his constituency and illegally increasing its scope from Rs34.75 million to Rs3 billion.

The project valuing Rs34.74m was approved by the Central Development Working Party (CDWP) when Iqbal headed it as the planning minister. However, it was shelved by the Pakistan Sports Board in 1999 on the directives of the planning ministry, which declared it “without requisite weightage with respect to economic necessity”.

The project was re-launched in 2009 when it was approved at a cost of Rs732m, but it was devolved to the Punjab government two years later after the introduction of the 18th Amendment.

During today’s hearing, IHC CJ Athar Minallah also reprimanded the NAB prosecutor for not presenting solid evidence against the political leader in the case.

When the prosecutor told court the project had benefited the people in Ahsan Iqbal’s constituency, the chief justice remarked if it is crime to benefit the constituents.

After hearing the arguments, the high court dropped the corruption case against Ahsan Iqbal over lack of evidence against him.

Speaking to newsmen after the hearing, Ahsan Iqbal said that NAB has accepted that the corruption references against him were without proof.

“Billions of rupees were wasted in an attempt to prove the false allegations,” the PML-N leader said, adding that "the court admitted that the NAB has been engaged in political engineering".

Ahsan Iqbal also expressed gratitude towards his party and voters, as well as the media, for reporting fairly on the matter.