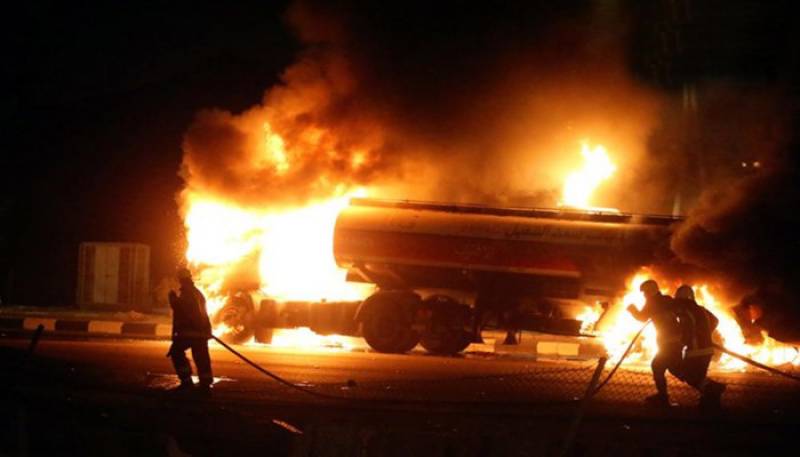 Jeddah (Online): One person burnt to death on Friday morning after a road accident caused an oil tanker to catch massive fire on the Haramain expressway, authorities confirmed.

Maj. Naif Al-Sharif, spokesman for the General Directorate of Civil Defense in Makkah, confirmed that a single fatality inside a burnt-out vehicle after an accident caused a 33-ton oil tanker to catch fire on the main highway between the cities of Makkah and Jeddah, in Saudi Arabia’s west. Al-Sharif said that the Civil Defense were called around 1am on Friday and were able to contain the blaze, avoiding a possible explosion of the tanker. They also put in place safe passages for vehicular traffic around the accident site.

It is the primary route for most pilgrims to the holy city after they land at Jeddah’s King Abdulaziz International Airport.