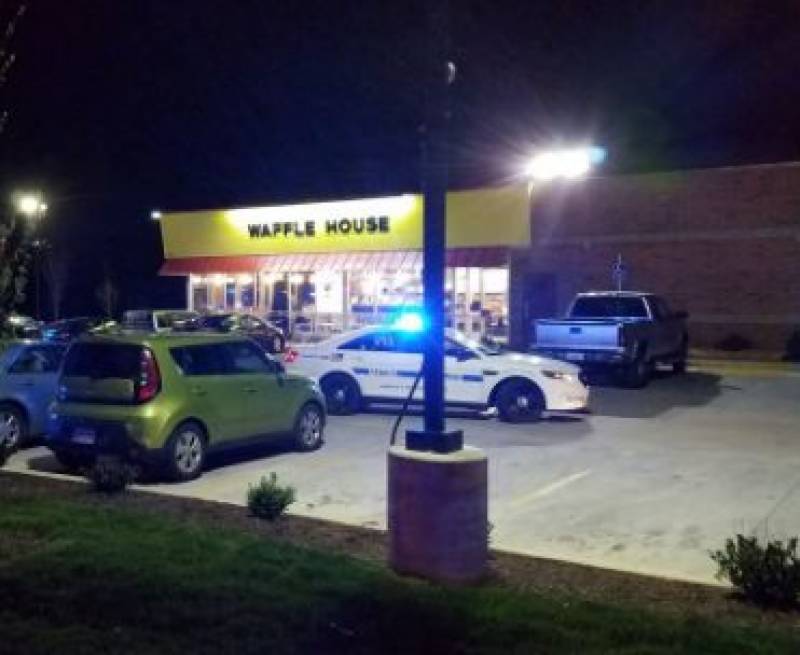 Washington (Web Desk): A nude gunman shot dead three people and injured at least four more in the early hours of Sunday at a restaurant.

The shooting unfolded at around 3.30am (9.30am UK time) this morning inside the popular diner on Murfreesboro Pike in Antioch, near Pin Hook Road.

Metro Nashville Police department tweeted that Travis Reinking, 29, of Morton, IL, is the person of interest in the Waffle House shooting.

A spokesman said: “The vehicle the gunman arrived in is registered to him.

“Gunman last seen walking south on Murfreesboro Pike. He shed his coat and is nude.

Police say that the gunman was white with short hair and was naked except for a green jacket.

He went into the restaurant and started firing an AR-15, according to police.

Police have launched a manhunt for the suspect who went on the run shortly after the shooting.