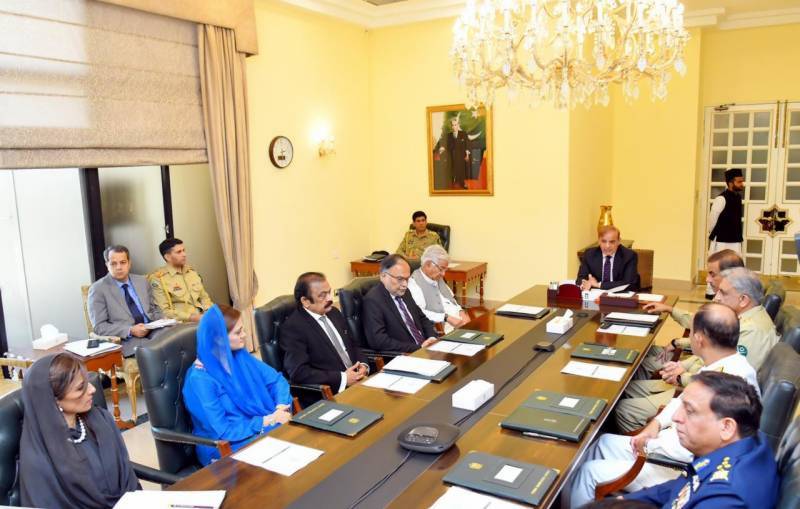 Islamabad (Web Desk): The National Security Committee (NSC) on Friday said that that there had been no foreign conspiracy in the telegram received from Pakistan’s embassy in Washington.

Chaired by Prime Minister Shehbaz Sharif, the 38th meeting of the NSC of the Cabinet discussed the telegram received from the Pakistan embassy in Washington.

According to a statement from the PM OfficeThe NSC, after reviewing its contents, the assessments and conclusions by the security agencies, concluded that there had been no foreign conspiracy in the telegram received from Pakistan’s embassy in Washington.

Former Ambassador of Pakistan to the US Asad Majeed Khan briefed the Committee on the context and content of his telegram.

“The NSC, after examining the contents of the communication, reaffirmed the decisions of the last NSC meeting,” the statement said.

The NSC was again informed by the premier security agencies that they had found no evidence of any conspiracy.

“Therefore, the NSC after reviewing the contents of the communication, the assessments received, and the conclusions presented by the security agencies, concludes that there has been no foreign conspiracy,” it added.

On March 27, former Prime Minister Imran Khan, while waving a letter, had told a public gathering in Islamabad that in a meeting with Pakistan’s ambassador, a US government official had threatened Pakistan for repercussions if the no-confidence motion against him failed. However, if Imran Khan is ousted, the US would forgive all of its wrongdoings.

Citing the very communication, the ex-prime minister had contended that the US had hatched a regime change conspiracy in Pakistan.

The US had rejected the allegations and said there was no truth in them.

On March 31, the NSC had decided to issue a "strong demarche" to a country, that it did not name, over the "threat letter". While the forum had stopped short of explicitly calling it a conspiracy, it had also not denied it and instead termed it "blatant interference in the internal affairs of Pakistan".

The NSC, which was briefed about the "formal communication of a senior official of a foreign country" to Pakistan's ambassador in that country, had also termed the interference "unacceptable under any circumstances".

The military’s spokesperson had said he cannot discuss what was discussed in the meeting but noted that the word "conspiracy" was not used.

Shehbaz Sharif, soon after becoming the prime minister, had also said that the government will summon a meeting of the Parliament’s NSCational Security Committee where the military leadership will brief the lawmakers.