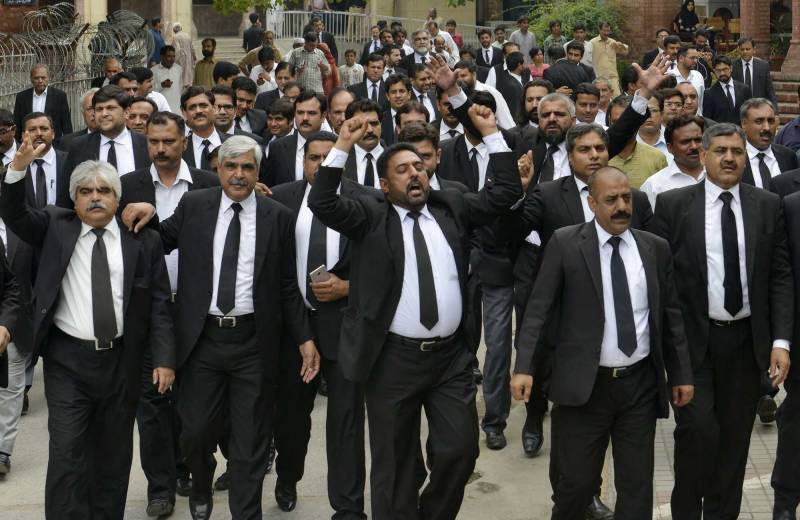 A heavy contingent of Police has been deployed to block all entrances to the Lahore High Court (LHC) building.

Earlier, LHC’s ordered to arrest Sher Zaman Qureshi, head of the bar association of LHC Multan bench, and another lawyer Qaiser Abbas Kazmi, and clashes broke out between protesting lawyers and security forces in Lahore on Monday, August 21.

The president of the LHCBA announced that lawyers across Punjab would hold a general strike on Tuesday, August 22, in order to protest against LHC orders.