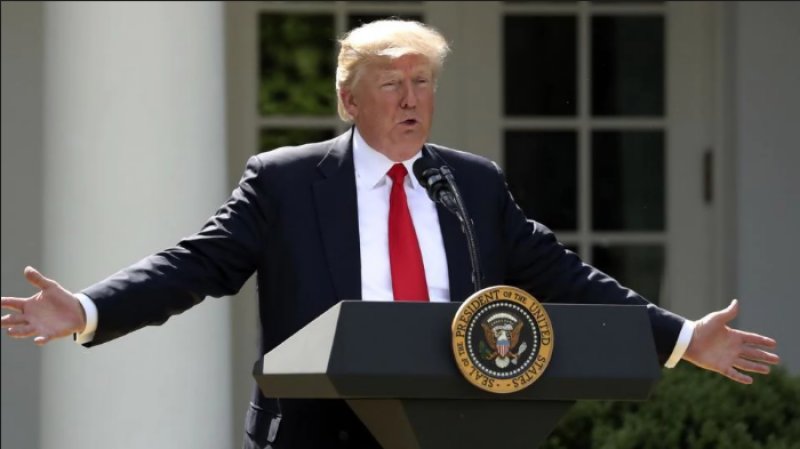 Washington (Reuters): President of the United State, Donald Trump used harsh words for Pakistan demanding ‘do more’, as he announces to commit open-ended war in Afghanistan.

Reversing course from his campaign pledges, President Donald Trump on Monday night committed the United States to an open-ended conflict in Afghanistan, signaling he would dispatch more troops to America's longest war and vowing "a fight to win."

In a speech offering few specifics, Trump said, “We can no longer be silent about Pakistan’s safe havens for terrorist organizations, the Taliban, and other groups that pose a threat to the region and beyond.”

Trump promised a stepped-up military campaign against Taliban insurgents who have gained ground against the U.S.-backed Afghan government and he blamed Pakistan for harboring militants.

He added, “Pakistan has much to gain from partnering with our effort in Afghanistan. It has much to lose by continuing to harbor criminals and terrorists.”

"We are not nation-building again. We are killing terrorists," Trump said in a prime-time televised address at a military base outside Washington.

Trump ran for the U.S. presidency calling for a swift U.S. withdrawal from Afghanistan, and he acknowledged on Monday that he was going against his instincts in approving the new campaign plan sought by his military advisers.

"The consequences of a rapid exit are both predictable and unacceptable," he said. "A hasty withdrawal would create a vacuum that terrorists, including ISIS and al Qaeda, would instantly fill."

The Republican president, who has criticized his predecessors for setting deadlines for drawing down troops in Iraq and Afghanistan, declined to put a time line on expanded U.S. military operations in Afghanistan.

Trump now inherits the same challenges as predecessors George W. Bush and Barack Obama, including a stubborn Taliban insurgency and a weak, divided government in Kabul. He is laying the groundwork for greater U.S. involvement without a clear end in sight or providing specific benchmarks for success.

U.S. officials said he had signed off on Defense Secretary James Mattis' plans to send about 4,000 more troops to add to the roughly 8,400 now deployed in Afghanistan.

Mattis said he had directed the chairman of the Joint Chiefs of Staff to carry out the strategy and that he would be consulting with NATO and U.S. allies, several of which had also committed to increasing troops.

Trump warned that U.S. support "is not a blank check," and insisted he would not engage in "nation-building," a practice he has accused his predecessors of doing at huge cost.

Through the speech, Trump insisted that others - the Afghan government, Pakistan, India and NATO allies - step up their own commitment to resolving the 16-year conflict.