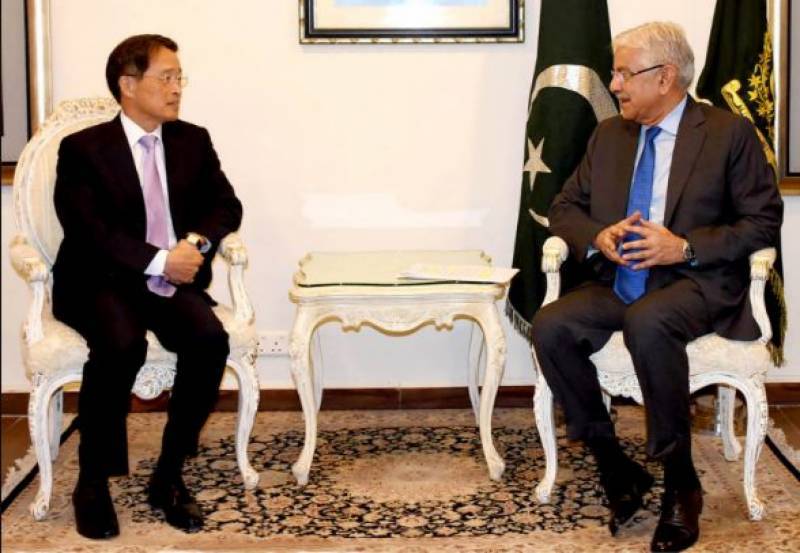 During the meeting Khawaja Asif reiterated Pakistan’s desire for peace and stability in Afghanistan.

He highlighted Pakistan’s immense sacrifices in the enduring fight against terrorism and underlined Pakistan’s continued desire to work with the International Community to eliminate the menace of terrorism.

Ambassador Hale briefed the Foreign Minister about President Trump’s latest statement on the US policy review on South Asia and Afghanistan.

Ambassador Hale conveyed that the Secretary of State Rex Tillerson looked forward to meeting the Foreign Minister in the next few days to have an in-depth discussion on the state of play in the bilateral relationship as well as the new US policy on South Asia.

Khawaja Asif on statements made by President Donald Trump regarding Pakistan in his South Asia policy announcement earlier in the day, a press release issued by the Foreign Office (FO) said.