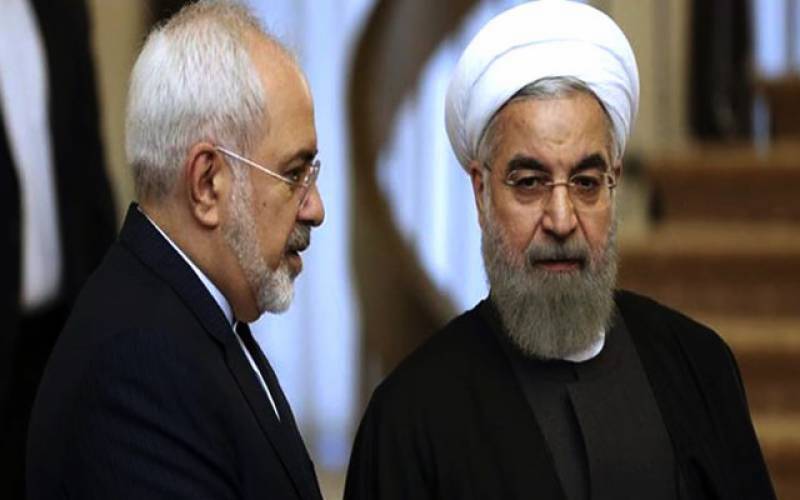 Oslo (Agencies): Iran’s Foreign Minister Mohammad Javad Zarif said on Thursday that his country is prepared to work on French proposals to salvage the international nuclear deal that Tehran signed with world powers in 2015 but it will not tolerate US interference in the Gulf.

Speaking at the Norwegian Institute of International Affairs, Zarif said he was looking forward to having a serious conversation with Macron in Paris on Friday.

“There are proposals on the table, both from the French and the Iranian side, and we are going to work on those proposals tomorrow,” he said.

Zarif also warned against US efforts to create a security mission, which, so far, Britain, Australia, and Bahrain have joined, to guard shipping in the Strait of Hormuz, a vital gateway for global oil supplies.

“It’s clear that the US’ intention..(of having a) naval presence in the Persian Gulf is to counter Iran.. Don’t expect us to remain quiet when somebody comes to our waters and threatens us,” Zarif said.

Several international merchant vessels have been attacked in the Gulf in recent months in incidents that have rocked global commodity trading. The UShas blamed Iran, which denies the accusations.

Adding to the fraught mood, British forces seized an Iranian tanker off Gibraltar in July then Iranian Revolutionary Guards detained a British vessel in the Gulf.

In his speech in Oslo, Zarif said Iran would not start a war in the Gulf but it would defend itself.

“Will there be a war in the Persian Gulf? I can tell you that we will not start the war...but we will defend ourselves.”

At a time of heightened friction between Tehran and Washington, Iran also on Thursday displayed what it described as a domestically built long-range, surface-to-air missile air defence system.

The United States abandoned the international nuclear deal in May last year and stepped up sanctions on the Islamic Republic.

In an effort to prop up the agreement, French President Emmanuel Macron offered on Wednesday to either soften sanctions on Iran or provide a compensation mechanism “to enable the Iranian people to live better” in return for full compliance with the pact.