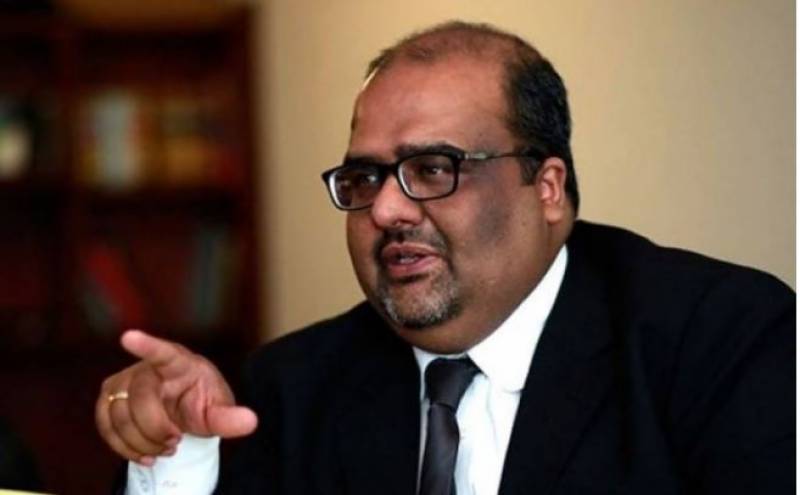 Lahore (Web Desk): Advisor to the Prime Minister on Accountability Shahzad Akbar on Saturday said that it is responsibility of Leader of Opposition in the National Assembly Shehbaz Sharif to bring his brother Nawaz Sharif back to Pakistan.

Addressing a news conference in Lahore along with Provincial Information Minister Fayyaz-ul-Hassan Chauhan and Special Assistant to the Prime Minister (SAPM) for Political Communication Dr Shahbaz Gill, he said that the government is utilizing all legal sources to bring back Nawaz Sharif.

Shahzad Akbar said that Nawaz Sharif was given conditional permission by the Lahore High Court (LHC) to proceed abroad for four weeks for his treatment.

He said that the LHC had directed Nawaz Sharif to submit a written undertaking about his travel abroad and return.

The PM’s aid said that the Interior Ministry directed Nawaz Sharif to return to Pakistan on 27th February this year.

He said that Leader of Opposition in the National Assembly Shahbaz Sharif should show responsibility and produce his brother Nawaz Sharif before the law as he is a convict under the law.

The PM's accountability adviser said that Nawaz Sharif has not given the government any proof about his treatment in the United Kingdom.

Meanwhile, an appeal against Nawaz Sharif has been fixed for hearing in Al-Azizia Steel Mills reference.

A two-member bench of the Islamabad High Court (IHC) will hear the appeal on September 1.

At the same time, NAB’s appeals against Nawaz Sharif s extension of sentence and his acquittal in the flagship reference have also been fixed for hearing.

A special bench of the IHC comprising Justice Amir Farooq and Justice Mohsin Akhtar Kayani has been constituted to hear the appeals of Nawaz Sharif and NAB.

On Friday, addressing a press conference in Islamabad, Minister for Information and Broadcasting Senator Shibli Faraz said that the government would use all available legal options for bringing Nawaz Sharif back from London to face cases in the courts of law.