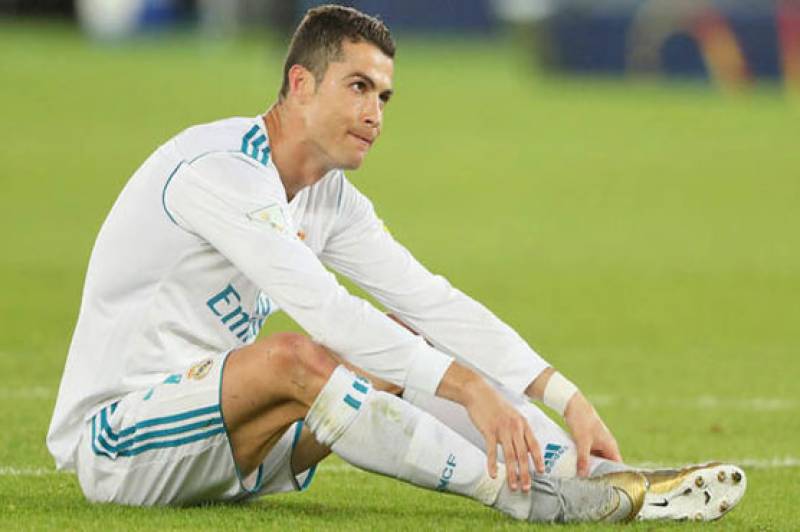 Madrid, Spain (Web Desk): Real Madrid's Portuguese striker Cristiano Ronaldo trained alone on Thursday ahead of Real Madrid s clash against Barcelona this weekend, after sustaining a knock to his calf during the Club World Cup in Abu Dhabi.

The Portugal star received rough treatment as he scored the winner in last Saturday s 1-0 victory over Brazilians Gremio in the final, but Ronaldo had insisted he would be fit for the visit of Barcelona.

"Cristiano Ronaldo trained alone out on the pitch, both with and without the ball," Real wrote on their website, two days ahead of Saturday's Clasico at the Santiago Bernabeu.

Following Real s return to Spain, the five-time Ballon d Or recipient had remained in the gym on Tuesday and Wednesday before finally lacing up his boots for an individual training session on Thursday.

Spanish sports daily As reported it was simply a "precaution" as Real look to trim the 11-point gap between themselves and leaders Barcelona, who are unbeaten in La Liga this season.

"He will play in the Clasico barring last-minute surprise," the paper added.

Zinedine Zidane s Real, who also trail Atletico Madrid and Valencia, are fourth in the table and realistically must win this weekend to remain in the running for the Spanish title.