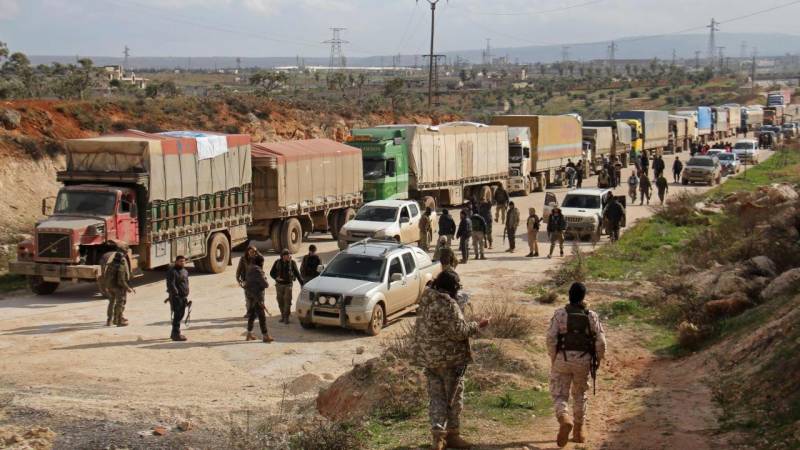 Jan Egeland, head of the UN’s humanitarian taskforce for Syria, said a list put together several months ago of nearly 500 civilians in desperate need of evacuation was rapidly shrinking.

“That number is going down, not because we are evacuating people, but because they are dying,” he told reporters in Geneva.

“We have confirmation of 16 having died on these lists since they were resubmitted in November, and it is probably higher,” he said, highlighting the case of a baby who died on Dec 14, as the latest round of Syria peace talks in Geneva ended in failure.

The Eastern Ghouta region, near the Syrian capital Damascus, is one of the last strongholds of rebels fighting the forces of President Bashar al-Assad.

Egeland said evacuations and efforts to bring aid into the region had been blocked by a lack of authorisations from the Syrian authorities. “This has to end,” he said.

“How can we take Christmas and holidays in safety and in peace... while the most innocent in this conflict... are dying?” They are dying, he said, “not because there was not relief, not because there were not people willing to go there... but because they were part of a power play between mostly well-fed men with power and with guns.” His comments came as a new round of Syria peace talks backed by powerbrokers Russia, Iran and Turkey began on Thursday in the Kazakh capital Astana.

“I hope that out of the Astana meetings in the next couple of days, we will have some kind of impulse for a change on the humanitarian said,” Egeland said.

“I hope there will be a cessation of hostilities in and for Eastern Ghouta, (which) would also certainly help us in bringing in supplies, before hunger grips the whole population, and also get wounded and medical cases out,” he said.

UN special envoy on Syria Staffan de Mistura said on Thursday he would take part in the latest round of Syrian peace talks in the Kazakh capital Astana on Friday, with a month to go before he hopes to break the deadlock in political talks in Geneva.

Blaming intransigence on both sides, he told the UN Security Council he would start 2018 with a proposal to involve a wider constituency in constitutional and electoral reform, since the warring sides were stuck. He said on Thursday he planned to hold the next round in Geneva in the second half of January.

“I am planning to go to Astana just after this meeting,” de Mistura said in Moscow at the start of Syrian talks with Russian Foreign Minister Sergei Lavrov and Russian Defence Minister Sergei Shoigu.