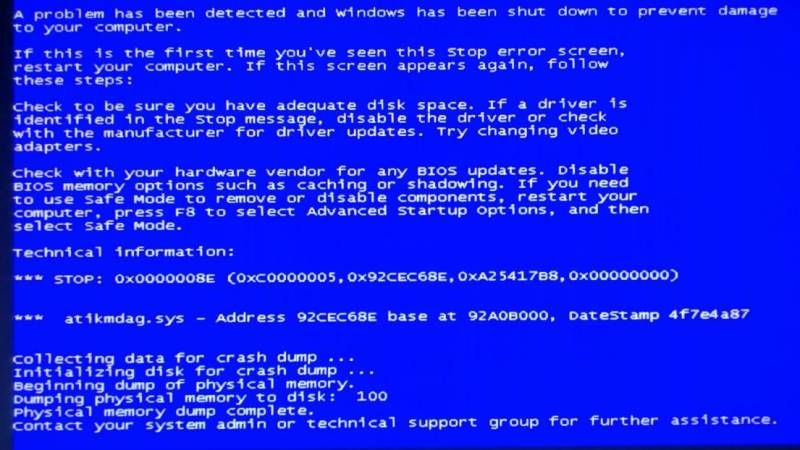 We are all sick of them, Computer crashing, SmartPhones freesinf, Tablets hanging unaware of the actual reason behin them. But Bharat Bhuva an electrical engineer from Vanderbilt University has came out with a different analysis.

Alien subatomic particles raining down from outer space are wreaking havoc on your smartphones, computers and other personal electronic devices, scientists say.

When your computer crashes and you get the dreaded blue screen or your smartphone freezes and you have to go through the time-consuming process of a reset, you most likely blame the manufacturer, researchers said.

In many instances, however, these operational failures may be caused by the impact of electrically charged particles generated by cosmic rays that originate outside the solar system, they said.

“This is a really big problem, but it is mostly invisible to the public,” said Bharat Bhuva, professor of electrical engineering at Vanderbilt University in the US.

When cosmic rays travelling at fractions of the speed of light strike the Earth’s atmosphere, they create cascades of secondary particles, including energetic neutrons, muons, pions and alpha particles.

Millions of these particles strike your body each second. Despite their numbers, this subatomic torrent is imperceptible and has no known harmful effects on living organisms.

However, a fraction of these particles carry enough energy to interfere with the operation of microelectronic circuitry.

When they interact with integrated circuits, they may alter individual bits of data stored in memory. This is called a single-event upset or SEU.

Since it is difficult to know when and where these particles will strike and they do not do any physical damage, the malfunctions they cause are very difficult to characterise.

As a result, determining the prevalence of SEUs is not easy or straightforward.

“When you have a single bit flip, it could have any number of causes. It could be a software bug or a hardware flaw, for example. The only way you can determine that it is a single-event upset is by eliminating all the other possible causes,” Bhuva said.

There have been a number of incidents that illustrate how serious the problem can be, Bhuva said. For example, in 2003 in the town of Schaerbeek, Belgium a bit flip in an electronic voting machine added 4,096 extra votes to one candidate.

The error was only detected because it gave the candidate more votes than were possible and it was traced to a single bit flip in the machine’s register, researchers said.

In 2008, the avionics system of a Qantus passenger jet flying from Singapore to Perth appeared to suffer from a single-event upset that caused the autopilot to disengage.

As a result, the aircraft dove 690 feet in only 23 seconds, injuring about a third of the passengers seriously enough to cause the aircraft to divert to the nearest airstrip.

In addition, there have been a number of unexplained glitches in airline computers – some of which experts feel must have been caused by SEUs – that have resulted in cancellation of hundreds of flights resulting in significant economic losses.