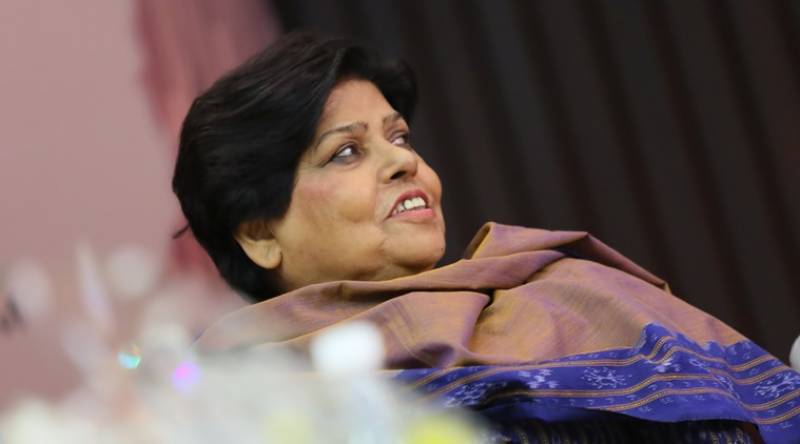 New Delhi: Visits of literary figures between the two nations, Pakistan and India, isn’t a new thing. They are respected and given all due protocol. Pakistan renowned poetess Kishwar Naheed was under the same impression but the change in New Delhi Urdu festival format made her changes her mind for good.

Celebrated Pakistani poet Kishwar Naheed was in for a surprise when she arrived in Delhi to attend the Jashn-e-Rekhta festival, organised to celebrate the Urdu language. Naheed, who was under the impression that she was a participant, left the festival midway after she found out that she was invited only as a guest, reported The Telegraph.

“I assumed they wanted me to come and recite my poems. That’s how free flowing such festivals are, or are supposed to be,” Naheed, 77, told the reporters.

The Jashn-e-Rekhta is a three-day festival, into its third year, that celebrates the Urdu language, including literature, art, and culture, and hosts mushairas and qawwalis. However, there was a big change this year — there was no active participation from Pakistani artists. The move to invite Pakistanis only as guests and keeping them away from participation in the sessions could be seen as a fallout of recent protests by far right groups against Bollywood films that starred actors from across the border.

Their contention is that unless cross-border terror attacks stop, there can be no cultural involvement of Pakistan in any events in India. However, this idea has found resistance from a section of artists from both sides of the border.

Sanjiv Saraf, the founder of Rekhta Foundation, told the reporters that the decision was “in the light of the prevailing atmosphere in the country”. Saraf maintained that all the nine Pakistani guests were verbally told that they were being invited as guests.

Naheed, who was the Director General of Pakistan’s National Council of the Arts, is a noted feminist poet, fondly called Naheed ‘Apa’ in Pakistan. She was born in Bulandshahr, Uttar Pradesh, in 1940, and moved to Lahore after the 1947 Partition. She is well known for her three decades of work on female sexuality and describes herself as a realist.

Meanwhile, in an ugly incident at the venue, Canadian writer of Pakistani origin, Tarek Fatah, was heckled by a group of attendees who began shouting slogans and asked him to leave the country. Police had to be called when the situation became worse.