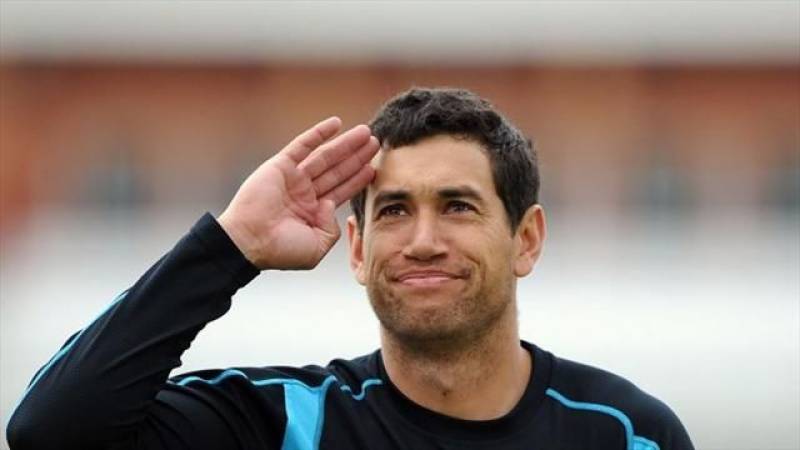 After being asked to bat by South Africa in the second One-Day International, New Zealand ended up with a sizeable 289 for 4 on the board in their 50 overs. It turned out just enough to pick up a win for the hosts in the end, despite a brilliant cameo from Dwaine Pretorius who almost snatched a win from the jaws of defeat with a half-century that came in just 27 balls, en route a 61-run stand for the ninth wicket. Pretorius was cleaned up by Boult in the penultimate over which tipped the scales at the end.

Tim Southee saw glimpses of swing in the first over that he bowled. However, that only bore fruit in the fifth over when he got in some late swing that saw the delivery straighten very late, trapping Hashim Amla leg before for 10. De Kock went about business in the only way that he's familiar with and attacked the bowling with Faf du Plessis for company. In the bid for a wicket, captain Kane Williamson called on Colin de Grandhomme - a move which paid off instantly as du Plessis was beaten by a full delivery to have his stumps rattled.

JP Duminy came in at No.4 instead of AB de Villiers and brought some semblance of calm to the South African innings adding 57 runs with de Kock. As is a feature of Duminy's game, the batsman kept busy while in the middle with effective running between the wickets. Mitchell Santner, however, had him stumped when on 34 as one wicket brought another for the hosts with de Kock departing two overs later for 57.

De Villiers (45) and David Miller (28) kept South Africa in the hunt with a 67-run stand, but once again, a double strike pegged South Africa back as the pair departed in the span of three overs. The visitors suddenly found themselves reeling at 214 for 8 in the 42nd over, at which point a New Zealand win seemed straightforward.

Pretorius, though, had other ideas. After finishing the bowling as the best bowler of the day for South Africa, conceding only four an over with two wickets, while the others all were taken for in excess of five, nearing six, he pulled out a cameo that brought back South Africa right into the game with 52 needed off the last five overs. His knock of 50 off 27 balls comprised of two sixes and four boundaries in a stand with Andile Phehlukwayo (29) who had proven his skills with the bat even in the first match. The equation came down to requiring 20 off two overs. Boult's experience, however, came to the fore as he bundled Pretorius out on the final ball of his spell, and ended South Africa's hopes of pulling off the win.

Pushing South Africa to the brink in the first one-dayer, only to be pipped by four wickets eventually, New Zealand came in with an unchanged side, while their counterparts had more than a handful of changes. Miller, Wayne Parnell and Pretorius returned to the side, while Kagiso Rabada missed out due to a niggle in his knee, accompanied by Farhaan Behardien and Tabraiz Shamsi, who missed out too.

Parnell struck in the fourth over to give South Africa the perfect start as Tom Latham departed for another low score (2) after flicking one straight to square leg. In this calendar year in one-dayers, Latham has scored just 9 runs in 34 balls across four innings, averaging 2.25 with a strike-rate of 26.5 - a reflection of his current form, which would be a concern for New Zealand. Williamson found himself in the centre sooner than he would have anticipated or desired. Nevertheless, together with Dean Brownlie at the other end, the pair began a resurrection act and added 40 runs together before the opener threw away another good start. A 44-ball 34 which included six boundaries was brought to an end when Pretorius trapped the right-hander leg before. Replays suggested that the ball that nipped back would have missed leg stump by a fair distance, but Brownlie did not opt for a review.

Ross Taylor combined his experience with that of Williamson to steady the innings as has been seen one too many times in the past, as they shared their 13th century stand. The tad slower pitch didn't seem to bother the pair as they nurdled away effectively, keeping the scoreboard ticking and rotating the strike. Williamson brought up his 29th half-century in 59 balls, but Imran Tahir accounted for the skipper who miscued a sweep for 69. Neil Broom's departure two overs later, reduced the hosts to 166 for 4.

Thereafter, however, James Neesham and Taylor went after South Africa's bowlers once settled, to add 123 runs together for the fifth wicket, that came at a pace of 7.09 runs an over. Neesham's unbeaten 57-ball 71 had just six boundaries, while Taylor's unbeaten 110-ball 102 had eight, which threw light on the importance of their running between the wickets that held them in good stead.

While Neesham scored his third half-century, Taylor had his 17th ton, scoring it off the last ball that he slapped to the ropes for a boundary, after being dropped on 96. With that ton, a delighted Taylor went past Nathan Astle's 16 one-day centuries. That said, South Africa's bowlers pulled things back well, despite conceding over seven in that partnership, not letting the pair let loose after the foundation that they had laid.