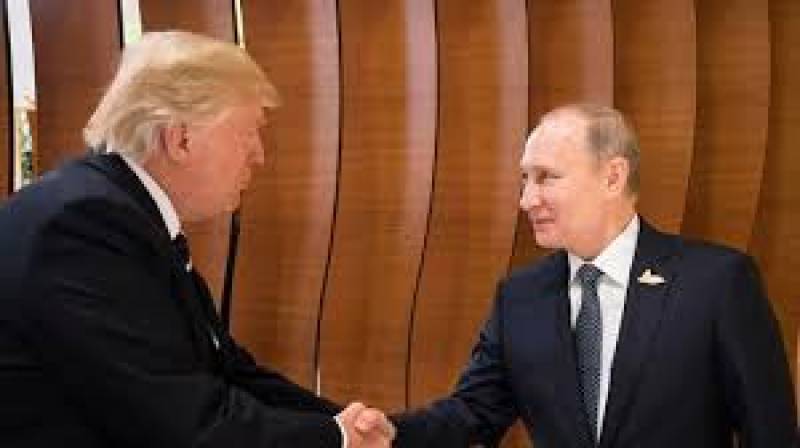 Washington (Reuters): The Trump administration is considering new sanctions against Russia in response to election meddling and a devastating cyber attack last year, senior US officials said on Wednesday, pushing back against criticism that it has been slow to act.

Both Republicans and Democrats in the US Congress, which nearly unanimously passed a new sanctions bill against Russia last summer, criticized President Donald Trump for not punishing Moscow and accused him of being soft on his Russian counterpart, Vladimir Putin.

Their recrimination followed a decision by the Trump administration in January not to announce sanctions against Russia for now under the new law.

In a briefing for a group of reporters, three senior administration officials involved in sanctions work described a process that is slow moving for legal reasons and cannot be accelerated in response to negative headlines.

They did not provide details on when the administration would reach a decision or what measures were under consideration.

The officials said some sanctions have already been imposed against two Russian entities cited last week in a 37-page indictment from US Special Counsel Robert Mueller about Russia’s meddling in the 2016 presidential election.

Those two are Concord Catering and Concord Management and Consulting, which the indictment said controlled the Internet Research Agency, a group that coordinated the meddling. Sanctions were imposed on them in June related to Russia’s incursion into Ukraine.

The officials said a review is well under way at what more can be done in response to the meddling. They said they are also looking ahead to the potential for tampering in the 2018 midterm congressional elections next November.

“The process on sanctions is long; it’s arduous; it’s not pretty, but when the evidence is there and we’re ready, we go ahead with the sanctions,” one official said.

The officials said there is an active review under way on how to respond to last week’s designation of Russia as responsible for the devastating “NotPetya” cyber attack last year.

The White House last week said the “NotPetya” attack, launched in June 2017 by the Russian military, “spread worldwide, causing billions of dollars in damage across Europe, Asia and the Americas.

“There is always a review of targets,” one official said.

Another official, who spoke to Reuters separately from the briefing, said it is a “certainty” that the United States will act in response to the NotPetya attack.