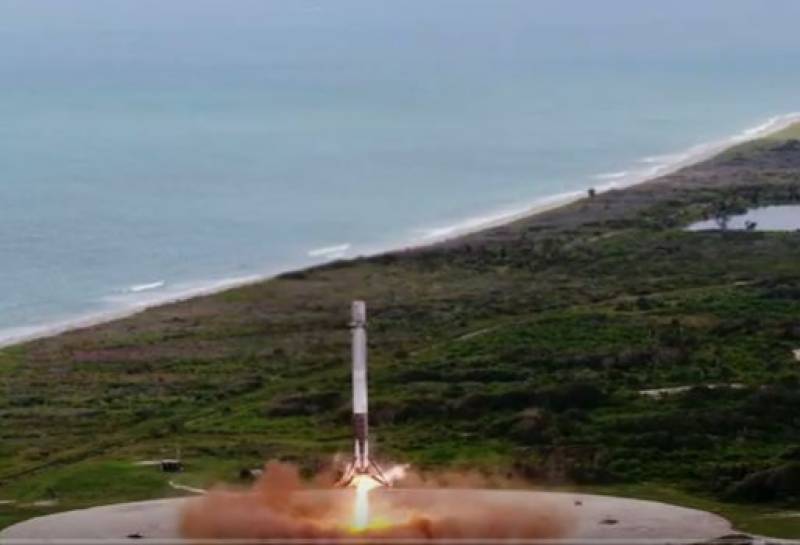 Florida (Web Desk): A rocket has taken off from Cape Canaveral in Florida carrying Israel's Beresheet spacecraft, aiming to make history twice - as the first private-sector landing on the Moon, and the first from the Jewish state.

The 585kg Beresheet, which means "Genesis" in Hebrew, lifted off atop a Falcon 9 rocket from the private US-based SpaceX company of entrepreneur Elon Musk.

Take-off was followed live back in Israel, with Prime Minister Benjamin Netanyahu watching alongside engineers from the control centre of the Israeli Aerospace Industries (IAI).

The Israeli craft has been placed in Earth orbit, from where it will use its own engine to undertake a seven-week trip to reach the Moon and touchdown on 11 April in a large plain.

The rocket also contains an Indonesian satellite and a satellite of the US Air Force Research Laboratory.

This is history in the making - and it’s live! Israel is aiming for the #moon and you’re all invited to watch now ???????? #IsraelToTheMoon https://t.co/YXqn8AcXqz

The unmanned mission is part of renewed global interest in the Moon, and comes 50 years after American astronauts first walked on the lunar surface.

"This is history in the making - and it's live! Israel is aiming for the #moon and you're all invited to watch," said a Twitter message from SpaceIL, the non-profit organisation that designed the Israeli craft.

It was backed notably by businessman and philanthropist Morris Kahn, who financed the development of a craft.

Entrepreneurs, not government space agencies, financed the mission, which was initially projected at $10 million but eventually grew to $100 million.

Other partners are IAI, Israel's space agency, and the country's Ministry of Science and Technology.

So far, only Russia, the United States and China have made the 384,000km journey and landed a spacecraft on the moon.