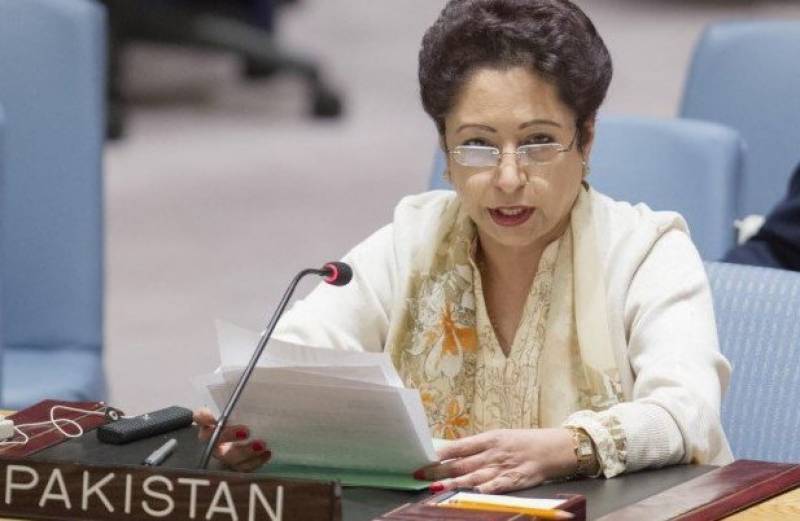 New York (Agencies): Pakistan's Permanent Representative to the United Nations (UN) Maleeha Lodhi has said that the irresponsible conduct of Indian leadership was destabilising an already fraught situation between Pakistan and India following the Pulwama incident.

In an interview with an international news channel, she said this situation can turn into a very grave security threat not only to our region but also to international peace and security.

“Pakistan would like to see a resumption of dialogue with India to address all outstanding issues between the two countries”, Maleeha said.

She said Prime Minister Imran Khan has renewed his offer of talks to the Indian leadership and he is willing to talk about terrorism as well as the longstanding Kashmir dispute.

Responding to a question, Pakistan’s envoy said she believes that electoral politics in India is coming in the way of holding talks with Pakistan to deal with the issues between them.

According to Lodhi, 2018 was one of the deadliest years in recent history in Occupied Kashmir as five hundred civilians killed.