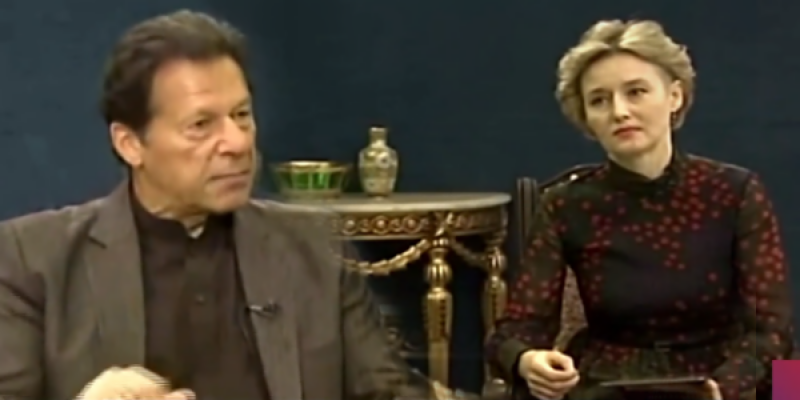 Islamabad (Web Desk): Prime Minister Imran Khan has said that Pakistan does not want to become part of any bloc.

In an exclusive interview with a Russian Television, the premier pointed out that Pakistan has suffered in the past because of this politics of bloc, rather desires trading relations with all the countries to lift the people out of poverty. He said greater cooperation between the US, China and Russia will benefit mankind much more than the conflict.

PM Imran hoped for peaceful resolution of Ukraine issue. He reiterated the military conflicts do not solve the problems. The PM said Pakistan wants to strengthen bilateral relations with Russia and that he looks forward to his Moscow visit.

The PM pointed out that Pakistan is a gas deficient country. He said our North South Gas pipeline has suffered a delay because of the US sanctions on the Russian company we were negotiating for the construction of the pipeline. He said the lifting of sanctions on Iran will also help Pakistan get the cheapest gas from the neighboring country.

To a question, he said climate change and illicit flow of money from poor countries to the developed world are the two major challenges faced by the world. He said the western countries should frame laws like they have on terror financing to check the illicit flows.

When asked about relations with India, the Prime Minister said his government immediately reached out to India after coming to power in order to resolve the outstanding Kashmir dispute. He however regretted that India has been taken over the racist ideology inspired by Nazis.