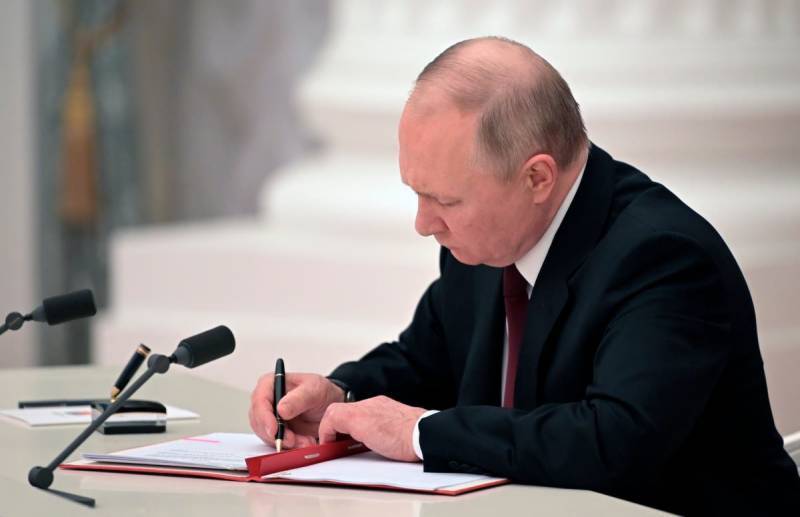 Moscow (Web Desk): Russian President Vladimir has recognised two Moscow-backed rebel regions of Ukraine as independent, in a move that could set off a potentially catastrophic war with Kyiv’s Western-backed government.

The recognition effectively puts an end to an already shaky peace plan in the separatist conflict, which has rumbled on since 2014, after Moscow annexed Crimea from Ukraine, and has left more than 14,000 dead.

In an often angry 65-minute televised national address, Putin termed Ukraine as a failed state and “puppet” of the West.

He accused authorities in Kyiv of persecuting Russian speakers and of preparing a “blitzkrieg” against the breakaway regions of Donetsk and Lugansk in Ukraine’s east.

“As for those who seized and hold power in Kyiv, we demand an immediate end to their military operations,” Putin said.

“Otherwise, all responsibility for the possible continuation of bloodshed will be fully on the conscience of the regime in power in Ukraine.” Putin said it was necessary to “take a long overdue decision, to immediately recognise the independence” of the two regions.