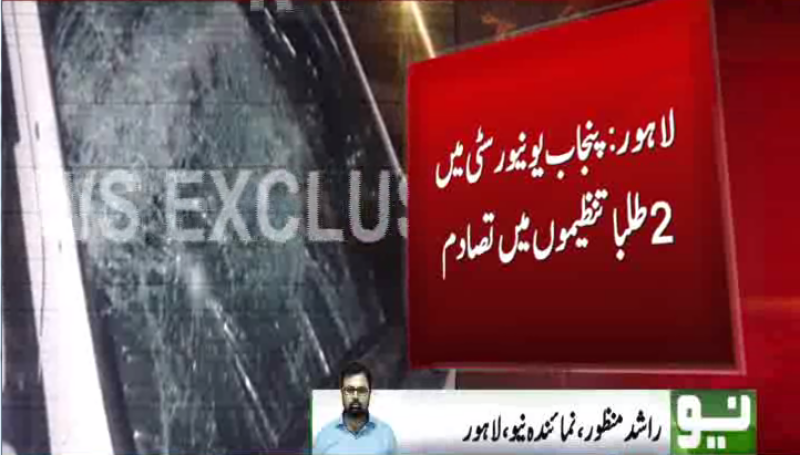 Lahore (Staff Report): Dozens wounded in Punjab University Lahore student groups clash, on Monday morning, however Vice Chancellor Punjab University has taken notice of the clash and promised to take strict action against the students responsible for the incident.

According to details, the students attacked each other with batons and pelting bricks, broke a number of car windows parked in the varsity’s premises and set the Electrical department on fire. During the clash the research lab was vandalized.

Upon worsening of the situation, authorities called in the police who dispersed the students immediately.

The clash began when one of the student groups attacked other over their preparations for Pioneer festival in the Electrical Engineering department, the University administration reported.