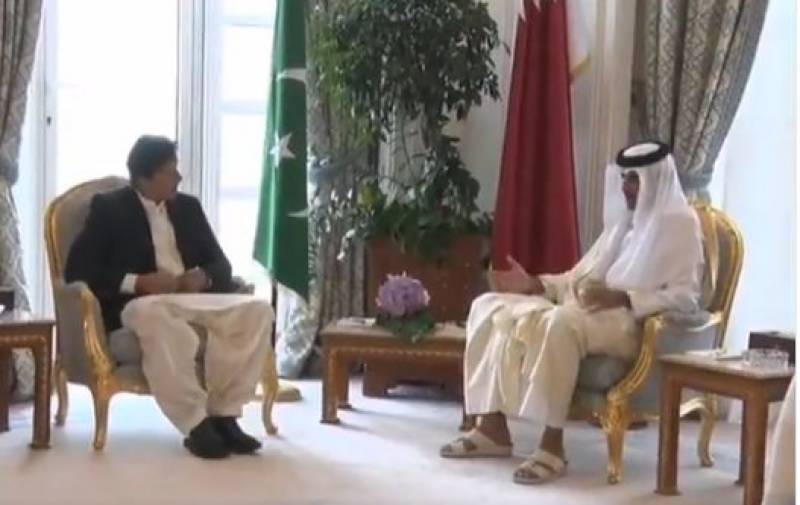 According to Radio Pakistan, the premier and the emir discussed the entire spectrum of bilateral ties and regional and international matters of mutual interest.

A formal welcoming ceremony in the honour of the premier was also held at Amiri Diwan in Doha.

During the one-on-one meeting with the Qatari leader, the premier discussed the reduction in LNG prices and the provision of job opportunities for Pakistani youth in Qatar.

The prime minister was also presented with a guard of honour by a smartly turned out contingent of the Qatari armed forces, while the national anthems of both the countries were played at the occasion.

Bilateral relations, with a focus on economic cooperation between the two countries, were discussed during the meeting. The Qatari PM also hosted a dinner in the honor of PM Imran.

Representatives of the Sikh community thanked Prime Minister Imran Khan for the groundbreaking of the Kartapur Corridor.

The prime minister arrived in Doha on Monday for a two-official visit during which he has met with his Qatari counterpart Abdullah bin Naseer bin Khalifa Al Thani and Emir Sheikh Tamim bin Hamad Al Thani.