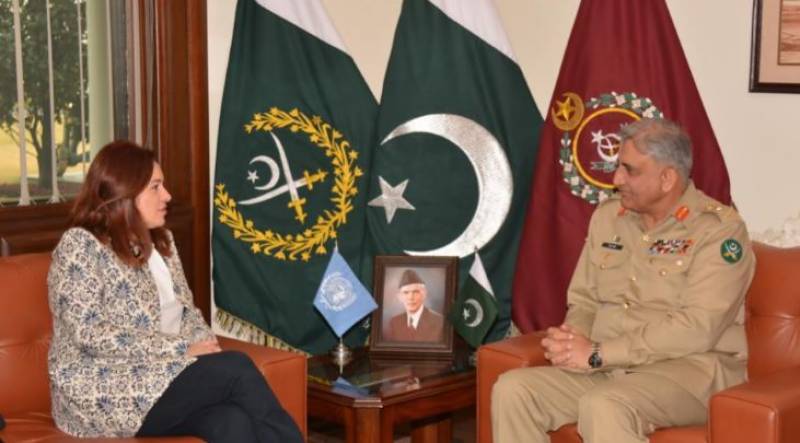 According to Inter-Services Public Relations (ISPR), during the meeting, matters of mutual interest including regional security were discussed.

The visiting dignitary acknowledged and appreciated Pakistan Army’s contributions for United Nations in maintaining peace, stability and rehabilitation in conflict zones. Espinosa also said that UN values Pakistan’s role in the war against terror and efforts to resolve the regional issues.

COAS thanked visiting dignitary for her acknowledgement and contributions as part of UN.

The UNGA president is on a five-day visit to Pakistan — her maiden trip to an Asian country since she assumed office in September and also the first by a UNGA president in eight years.