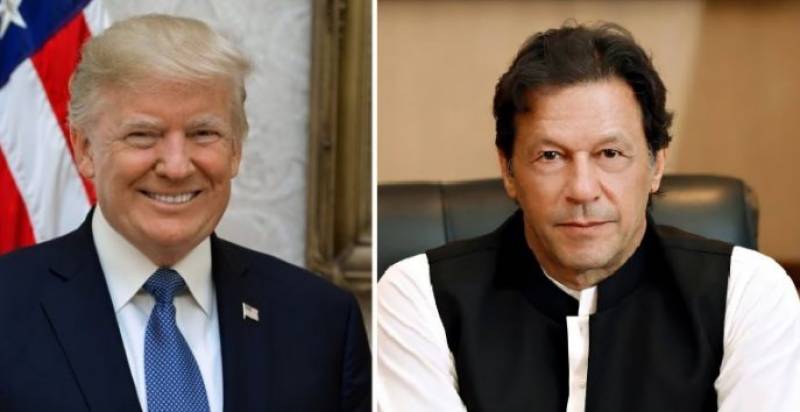 The two leaders are scheduled to hold talks on cementing Pakistan-US relations in a range of areas.

According to a statement by the Trump administration, Prime Minister Imran Khan’s visit will create a stable partnership between the two countries and strengthen ties.

As per the White House, PM Imran’s visit will focus on strengthening cooperation between the United States and Pakistan to bring peace, stability, and economic prosperity to a region that has seen far too much conflict.

The two leaders would discuss several issues during their meeting, including "counterterrorism, defence, energy, and trade, with the goal of creating the conditions for a peaceful South Asia and an enduring partnership between our two countries.

He added that the COAS would also visit the Pentagon to have interaction with US military leadership.

Earlier, addressing a huge gathering of Pakistani community at Capital One Arena in Washington, Prime Minister Imran Khan said that Pakistan Tehreek-e-Insaf (PTI) government will change the system in the country so that it runs on merit, and where everyone gets an opportunity to prosper.

Prime Minister Imran Khan is in Washington on a three-day official visit to the US.