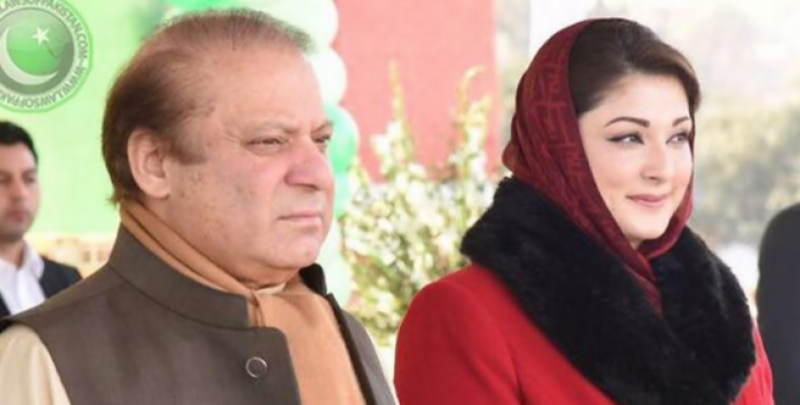 Islamabad (Staff Report): The Islamabad High Court (IHC) on Friday turned down former prime minister Nawaz Sharif’s plea to club the references filed by the National Accountability Bureau against him.

A two-member bench comprising Justice Mohsin Akhter Kiyani and Justice Aamir Farooq announced the verdict, which was reserved on Thursday.

During the hearing, the court remarked that the counsel had started concluding arguments in the cases, making the plea infructuous.

On Thursday, Azam Nazir Tarrar and Amjad Pervez appeared on behalf of Sharif family and contended that this was the first case in history where the petitioner has not used delaying tactics.

The supreme leader of Pakistan Muslim League Nawaz had requested to halt the arguments in the references being heard by the accountability court Judge Muhammad Bashir.

He had requested that the arguments in all the three references – pertaining to Avenfiled flats, Hill Metal establishment and offshore firms – should be made simultaneously.

Earlier on June 5, the accountability court had rejected Nawaz’s petition for final arguments in all the three references against the Sharif family to be heard together.

Accountability Judge Muhammad Bashir had remarked that the petitioner may challenge the verdict in the high court, adding that till that time the cross-examination of NAB’s star witness Wajid Zia would continue.