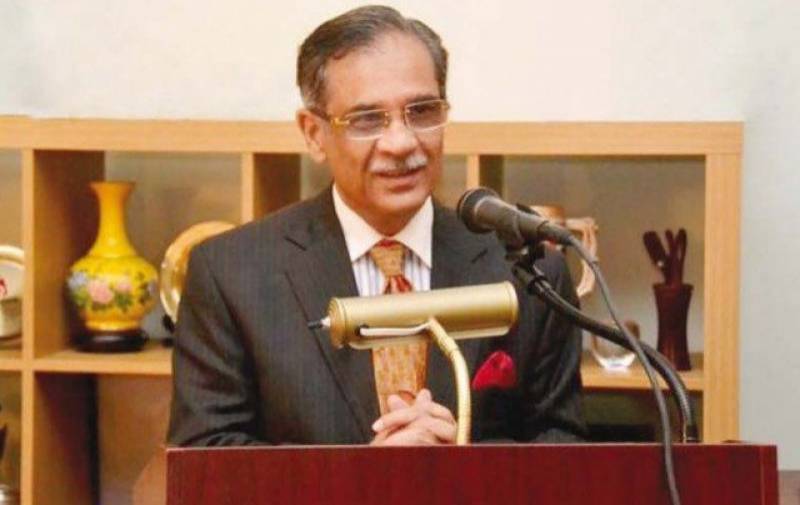 Lahore (Staff Report/Agencies): The Supreme Court (SC) on Thursday ordered the Lahore Development Authority (LDA) to restore a public park near the residence of former finance minister Ishaq Dar which was altered to build a road leading to his house.

A three-member bench of the apex court, headed by Chief Justice Mian Saqib Nisar heard a suo motu case regarding the alteration of the park in order to build a road ─ on Dar's request ─ leading to his house at the Lahore Registry. The LDA had taken over 1 kanal and 6 marlas of the park to build the road.

"On whose behest did you ruin the park to build a road?" Justice Nisar asked the LDA director general (DG), who informed the court that Dar had directed him to make the road over the phone.

The CJP lashed out at the DG for "becoming a slave of the ministers" and told him that he had committed an offence and could be prosecuted by the National Accountability Bureau (NAB) under Section 9 of the body's ordinance, which concerns Corruption and Corrupt Policies.

The LDA DG offered an unconditional apology and requested the court not to forward the case to NAB.

The court rejected the DG’s apology and gave him ten days to restore the park.

Justice Umar Ata Bandial said that if the bench did not send the case to NAB, it would "set a bad example". However, he told the DG to restore the park first and let the court consider the matter.

“The cost of rebuilding the park should be taken from Ishaq Dar,” remarked the CJP.