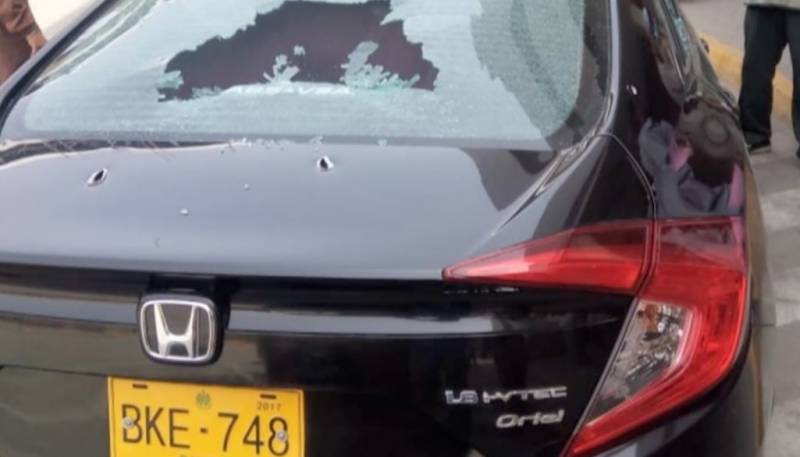 According to police, the injured persons were shifted to hospital where security guard succumbed to their injuries while Molana Amir Shahab is in critical condition and admitted at ICU Jinnah Hospital.

The police officials added that the second incident took place at Shahra-e-faisal Nursery, where one Police personnel was martyred and one persons was injured.

Police, Rangers and other law enforcement agencies cordoned off the areas and started investigation.

Prime Minister Imran Khan, in a statement, condemned the incident and said that the attack on leading personality like Muhammad Taqi Usmani is a serious conspiracy and every effort will be made to expose this.

The PM said religious leader like Muhammad Taqi Usmani are asset assets to the country and the Islamic world. He said provincial governments should ensure foolproof security of Ulema.

PM Imran expressed satisfaction on reports that Mufti Taqi Usmani remained safe in the attack and expressed grief over the demise of his security guard.

He ordered the additional IGP Karachi to ensure the immediate arrests of the culprits. He also asked the authorities concerned to increase security in Karachi, particularly near mosques.