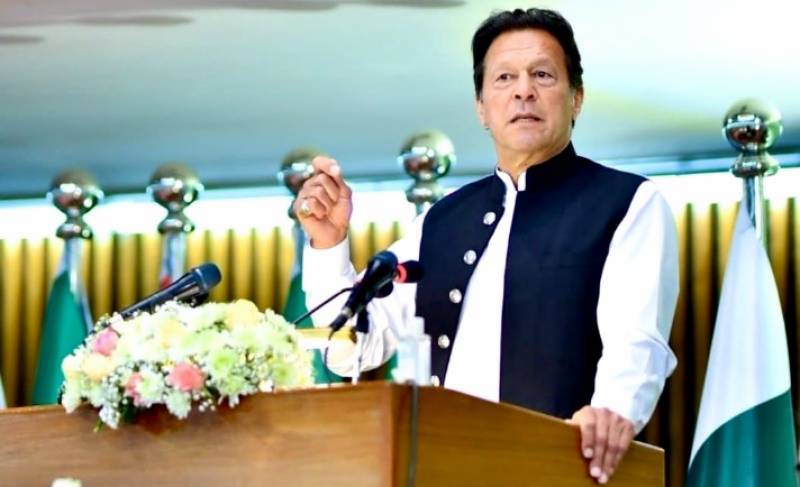 Ummah including the longstanding issues of Palestine and Kashmir.

Addressing the 48th session of the OIC Council of Foreign Ministers (CFM) in Islamabad on Tuesday, the premier said the Muslim countries should not drag themselves into bloc politics and rather show their power for bringing peace in the world.

The prime minister focused on the issues including Islamophobia, global conflicts and the situation regarding Afghanistan, Kashmir, Palestine and Ukraine.

He said that as the representative body of 1.5 billion population, it was crucial for OIC to address the lingering issues of Kashmir and Palestine.

"We have failed both the Palestinians and Kashmiris. I am sad that we have not been able to make an impact despite being the massive voice of 1.5 billion."

PM Imran pointed out that the international community decades ago had made a pledge with Kashmiris to let them decide their fate.

However, he regretted that the status of the Valley had been changed illegally with the residents facing severe human rights situation.

“I ask OIC that unless we have a united front, we keep having seen these abuses,” he said, adding that altering the demography of a population by turning the majority Kashmiri Muslims into minority was a war crime under Geneva Convention.

Imran Khan warned that the world was heading towards a cold war with the chances of the countries being divided into blocs. “Unless we as Islamic platform get united, we will stand nowhere,” he said.

On the Ukraine situation, he proposed to consider the ways where the OIC countries along with China could play their role in diffusing the rising conflict.

Khan said he would hold a discussion with the visiting Chinese foreign minister Wang Yi on how China and OIC could step in to mediate towards a ceasefire of Ukraine war which had already started impacting the world in the shape of rise in prices of oil, gas, wheat.

On Afghanistan, he termed the stability of the country extremely important after the 40 years of conflict and called for the lifting of international sanctions to avert the looming humanitarian crisis.

He said the only way to stop terrorism in Afghanistan was to encourage and support a stable government in place.

“As a word of caution, please do not push the proud and independent-minded people of Afghanistan. Let us help them and involve into the international community,” he said.

Imran Khan stressed that self-belief could help the Islamic world revive its glory to address their common challenges.

The prime minister welcomed the visiting foreign ministers at the OIC platform which coincided the occasion of Pakistan Day.

He especially congratulated the OIC members over the landmark resolution passed in the United Nations for declaring March 15 as the Day to Combat Islamophobia.

The March 15, he mentioned, was in connection with the barbaric incident when a gunman opened fire on Muslims at a mosque in New Zealand calling all Muslims terrorists.

He stressed that Islam did not equate terrorism and rejected the notion of differentiating between a “moderate and terrorist Muslim”.

“The moment someone describes as moderate Muslims automatically tags others as radical,” he said, urging the Muslim countries to take a stand on this.

He emphasized that there were no different forms of Islam and Muslims, but the one in line with the teachings of Prophet Muhammad (Peace be upon Him).

He pointed out that the 9/11 incident led to demonizing of Muslims across the world and said that mocking or ridiculing the Prophet (PBUH) in the name of freedom of expression was not justified.

Imran Khan said Pakistan was the only country that was created in the name of Islam with its Objective Resolution based on the vision of Islam’s first socio-welfare State of Medina.

He said Prophet Muhammad (PBUH) was sent to the world as a blessing for the entire humanity and not specific for the Muslims only.

Imran Khan regretted that the world was witnessing a situation where the poor countries were being robbed with almost 1.6 trillion dollars illegally transferred to rich countries.

He said an Islamic state must protect the rights of minorities, and imbibes the spirit of compassion and humanity for all.

The prime minister mentioned that one of the ideals of the OIC was to protect Islamic values, however, expressed concern over the culture of obscenity on of social media, which he said was leading to sex crimes.

He sought consideration by the Islamic platform to suggest ways for combating vulgarity impacting the social values and family system.

The two-day meeting of the 57-member body of Muslim countries that held at Parliament House under the theme of ‘Building Partnerships for Unity, Justice, and Development’ highlighted the challenges facing the Muslim world and the common opportunities through joint efforts.