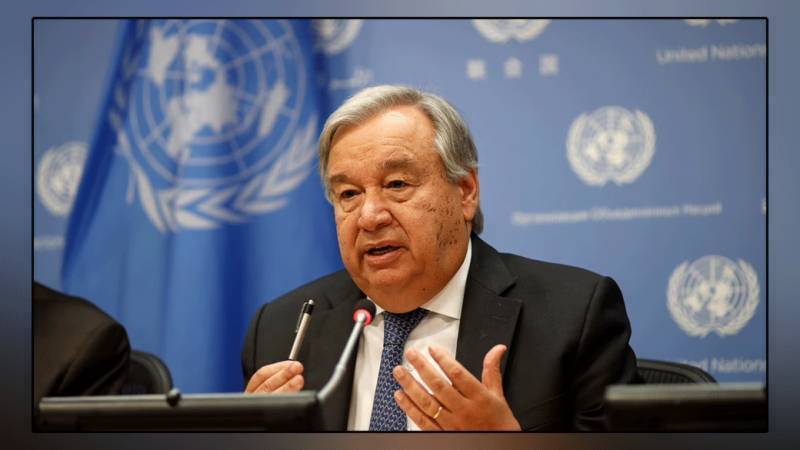 In a video message, the UN chief said that the two organizations have worked together to nurture a culture of peace and understanding.

"Today it is imperative to join forces and devise common strategy to meet current challenges facing the world," he asserted.

The UN chief said we must reform the morally bankrupt global financing system.

"Through joint efforts we can confront the challenges for a safer world," he said.

The inaugural session of the two-day meeting of the Council of the Foreign Ministers (CFM) of Organisation of Islamic Cooperation (OIC) started in Islamabad on Tuesday as Pakistan is hosting its 48th session.

The theme of the session is ‘Building Partnerships for Unity, Justice, and Development.

More than 100 resolutions will be considered during the two-day session.

The summit will also discuss developments in Afghanistan and its humanitarian consequences for the Afghan people and the situation in Jammu and Kashmir.

The OIC foreign ministers will also discuss developments in Yemen, Libya, Sudan, Somalia, Syria, and other regions during the summit.