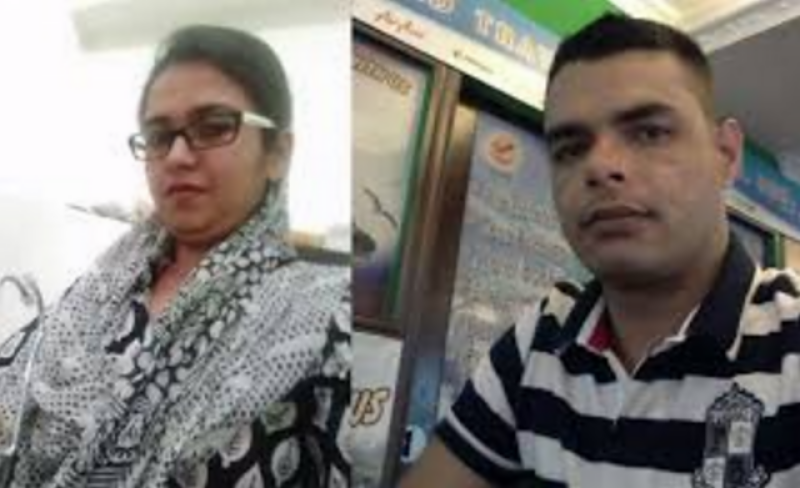 Islamabad (Web Desk): Islamabad High Court has summoned an Indian woman who married a Pakistani man, Uzma, on May 24.

Justice Mohsin Akhtar Kayani is heading the bench for the hearing of the case on Monday.

As the coutt inquired the woman’s husband, Tahir Ali, about her original immigration form he replied yes. The court then ordered him to submit a duplicate form to Registrar’s Office latest by May 23.

Tahir Ali’s lawyer demanded that since Tahir and Uzma should be allowed to meet as they are a married couple. Justice Mohsin Kayani remarked, Uzma will be asked if she wants to meet her husband or not.

The important incident occurred during the case hearing when an Indian diplomat, identified as Lalit Kumar Gehlot, tried to bypass security protocol and tried to enter IHC without a security pass.

Gehlot is a staff member of High Commission of India in Islamabad who is the diplomat was finally allowed to enter the court after getting a security pass made.

Uzma, 20, sought refuge at the Indian High Commission last week asked to be repatriated to India after her marriage to Tahir Ali, a resident of Khyber Pakhtunkhwa, claiming she came to know later that Ali was already married and had four children. Her claims were denied by Tahir.

On May 9, the Pakistani foreign office said Uzma would only be sent back once all legal requirements in the case are completed.

Uzma, who belongs to New Delhi, and Tahir met each other in Malaysia, after which she travelled to Pakistan on May 1 via the Wagah border, and got married to him on May 3, according to Tahir.

The complicated case took another turn as Uzma’s brother on Tuesday reiterated her earlier claims of travelling to Pakistan.

However, these claims were challenged by her husband, who even provided details of a private conversation in which Uzma seemed to know about his first marriage.

Moreover, their Nikkah video also surfaced in which there were no signs of violence or intimidation.