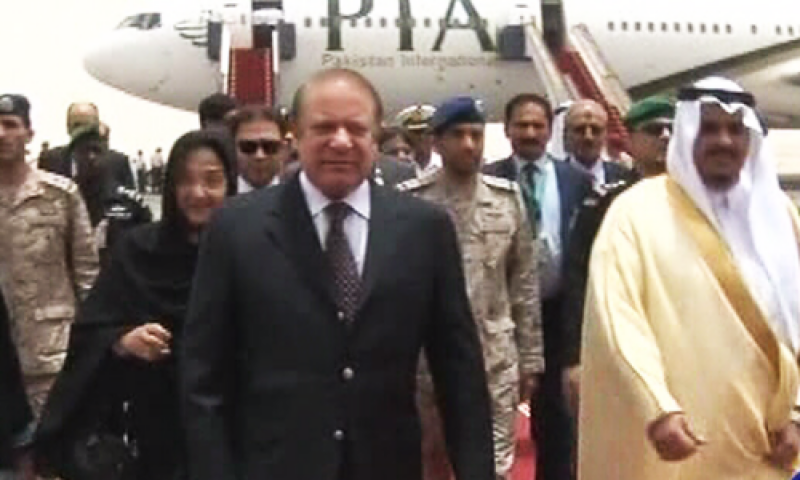 Riyadh (Web Desk): Prime Minister Muhammad Nawaz Sharif has reached Madina from Riyadh to pay his respects at Roza-e-Rasool (peace be upon him) and pray for peace and prosperity of Pakistan.

According to initial detail, Advisors on Foreign Affairs Sartaj Aziz and National Security Lt Gen Nasser Janjua are accompanying the premier. After his arrival on Sunday, Prime Minister Nawaz Sharif participated in the first US-Arab-Islamic Summit in Riyadh.

The United States President Trump and leaders of the Muslim Ummah also attended the conference, aimed at countering extremism and terrorism.

Nawaz Sharif will be returning to Pakistan on Tuesday.