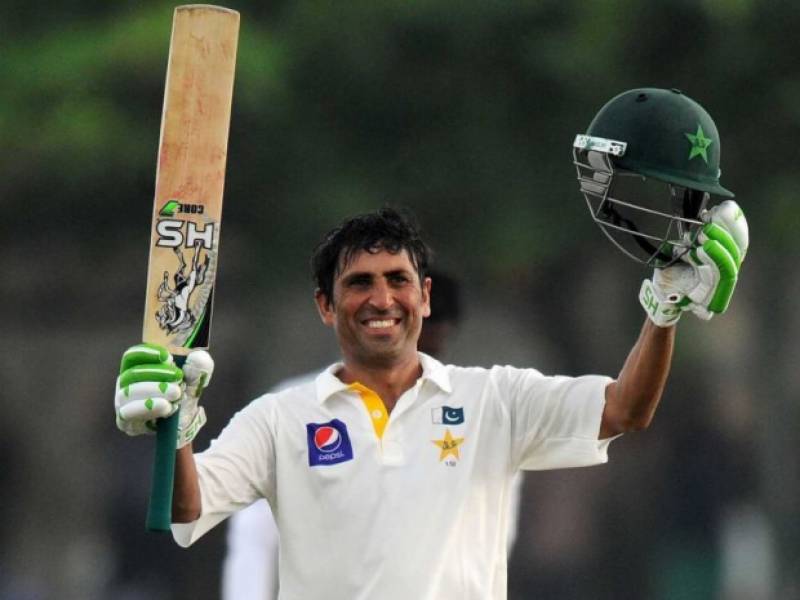 Karachi (Staff Report): Former test cricketer and former captain of the Pakistan national cricket Younis Khan was warmly welcomed by a crowd of fans as he arrived at Jinnah International Airport on Monday.

Younis Khan said while talking to the media upon his arrival that his retirement did not mean he will leave the sport, adding that he will continue to promote cricket.

Before Karachi, Younis was in Lahore after returning from the United Kingdom.

Earlier, he said while expressing his experience at Lord’s when he was being honoured, “This is more than enough for me. I am really enjoying this. Many players and my friends are here. I feel truly honoured.”

According to head coach Mickey Arthur, the work ethic and the way Younis Khan played was fantastic.

The coach said, “It has been a privilege and an honour to work with a player like Younis Khan.”

The recently concluded three-match series against West Indies saw the end of Younis Khan’s international career. He bid adieu to his career with 10,099 runs - the most by any Pakistan player in the history of Test cricket.