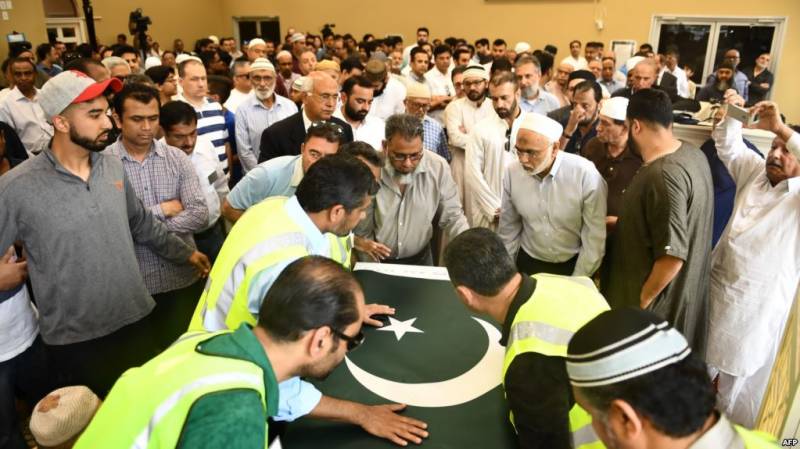 Houston (Agency): The dead body of 17-year-old Pakis­tani exchange student Sabika Sheikh,  who was killed in a mass shooting at Texas high school, would arrive in Karachi today (Tuesday) around 03:00pm.

According to details, Sabika, a Karachi teenager, was among 10 students soot dead inside a Texas high school in US city of Houston on Friday by a classmate, Dimitrios Pagourtzis, armed with a shotgun and a revolver.

The Pakistani student identified as Sabika Sheikh who was studying at the school under the Kennedy-Lugar Youth Exchange and Study (YES) programme since August 2017.

On Sunday, hundreds of people attended the funeral prayers of a Pakistani slain student in Houston.

Mayor of Houston, Pakistani diplomats, local members of the United States Congress, other US officials and a large number of students attended the somber ceremony took place at an Islamic center in the Texas town of Stafford.

Sabika was the oldest of four children, had left Pakistan last August and was expected to return home in a few weeks for Eidul Fitr.