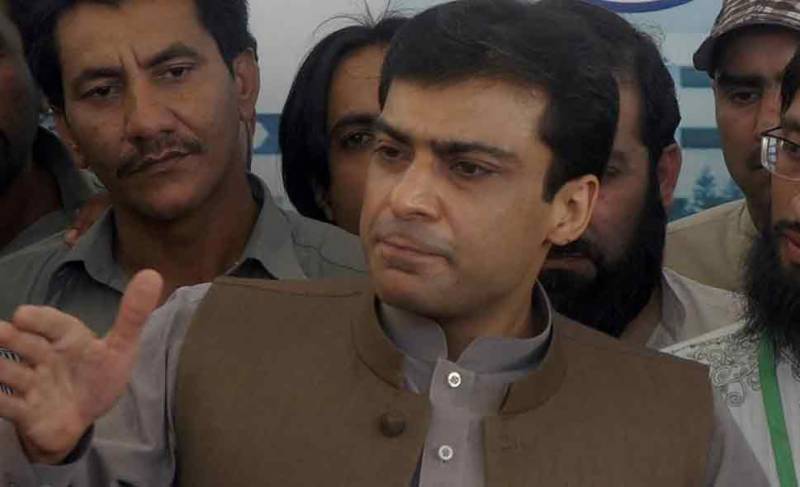 Strict security arrangements were made in the court premises on this occasion.

During the hearing, a NAB lawyer contended before the court that the PML-N’s lawmaker could flee Pakistan if he is not arrested.

‘It is necessary to arrest Hamza Shehbaz,’ the NAB lawyer pleaded and added that suspicious transactions worth Rs500 million were traced in Hamza’s bank accounts.

Hamza’s counsel, however, argued that the NAB acted against his client without concrete evidence. Baseless allegations were levelled against the PML-N leader to defame him, he added.

He questioned the powers of the NAB to probe money laundering cases saying the bureau lacked authority to investigate such cases.

After listening to the arguments, the court barred NAB from arresting Hamza Shehbaz till May 28.