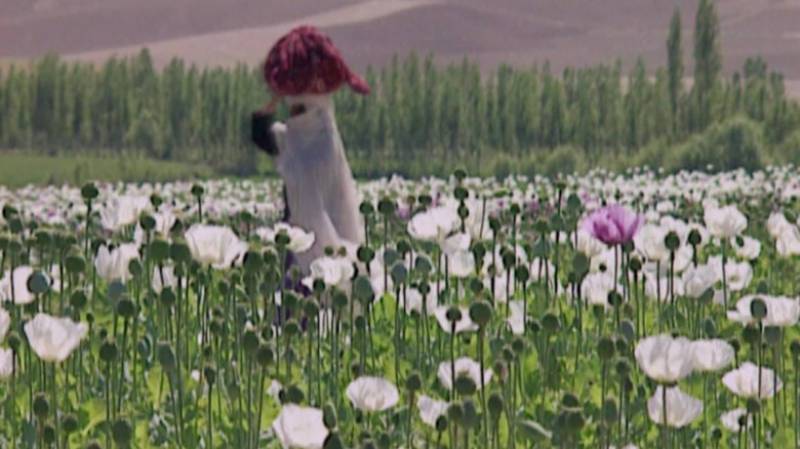 New York (Web Desk): The United States has conducted a series of airstrikes on opium-production plants in Afghanistan as part of a campaign targeting the Taliban’s $200 million-a-year drug trade, according to The New York Times reported.

The joint strikes by US and Afghan aircraft were aimed at drug facilities in Taliban-controlled areas in northern Helmand province, with three of the strikes occurring in Kajaki district, four in Musa Qala and one in Sangin on Sunday.

General John Nicholson, the commander of the US operations in Afghanistan, said on Monday that B-52 bombers and F-22 warplanes took part in the strikes, the first such attacks under new authorizations granted by President Donald Trump to officials conducting the war in Afghanistan, the Times said.

"These criminals living in Afghanistan who are closely linked to the Taliban are responsible for 85 per cent of the world''s opium.

"He said that the campaign against the Taliban drug labs, which he said numbered about 400 to 500 across the country, would continue into the foreseeable future.

The US spends more than $8 billion to fight the drug trade.

In one of the strikes a US B-52 used 2,000-pound bombs to destroy a facility and 50 barrels of opium, which General Nicholson said had a street value of millions of US dollars.

He said that US forces had conducted hundreds of hours of surveillance and hundreds of analysts worked to identify the targets and minimize collateral damage.

There are 13 major drug trafficking organisations in Afghanistan, General Nicholson said, seven of which are in Helmand province.

The new push against Taliban opium facilities comes in the wake of a new report by the UN Office on Drugs which recently estimated that opium production in Afghanistan had increased by 87 per cent in 2017.