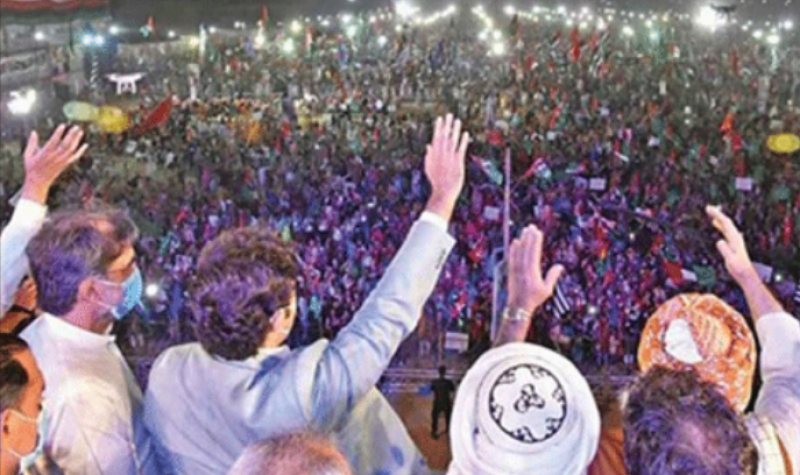 Addressing the rally, PPP Chairperson Bilawal Bhutto-Zardari said the incumbent government will have to go home by January.

The PPP chairman criticised the accountability process, saying that the National Accountability Bureau went after members of the opposition for political revenge but does not have the courage to pursue corruption cases against government figures. He declared the PTI government as the most corrupt government in Pakistan’s history.

PDM chief Fazlur Rehman said that all political parties agree that the PTI-led government came to power through a rigged election.

Fazlur Rehman expressed his condolences over the death of former premier Nawaz Sharif and Shehbaz Sharif’s mother. He also extended his condolences to the families of Justice Waqar Ahmed Seth and Tehreek-e-Labbaik Pakistan chief Khadim Hussain Rizvi over their passing.

PML-N vice president Maryam Nawaz briefly appeared on stage and addressed rally participants, asking for prayers for her grandmother who passed away this morning in London.