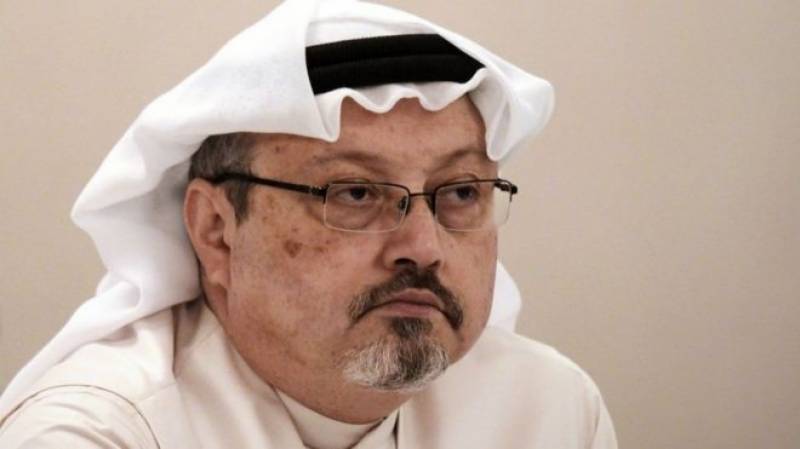 Ankara (Agencies): The fiancee of journalist Jamal Khashoggi has published a final message to him, after Saudi authorities admitted he was killed at the country’s consulate in Istanbul, international media reported on Sunday.

“They took your bodily presence from my world. But your beautiful laugh will remain in my soul forever. My darling #jkhashoggi,” she wrote on Twitter Saturday evening.

They took your bodily presence from my world. But your beautiful laugh will remain in my soul forever. My darling #jkhashoggi #JamalKhashoggi#JusticeForJamal pic.twitter.com/vJOfhL6dEq

Attached to the tweet is a video of Khashoggi giving a TV documentary interview, reports CNN.

He is shown being interrupted by a cat which hops on his lap, making him laugh heartily.

“You should leave this in the film,” a smiling Khashoggi tells the journalist.

Cengiz, who was waiting outside the consulate when Khashoggi entered the building, had not previously accepted that he had died.

Khashoggi had gone to the consulate on October 2 to conduct paperwork that would allow for the two of them to be married.

In the event that he did not emerge, Khashoggi had told Cengiz to call his friend Turan Kislakci, the head of the Turkish Arab Media Association.

“I do not know if Jamal is inside. I want to know where Jamal is. Did they detain him? Did they kidnap him? Is he imprisoned?” Cengiz told CNN outside the consulate, a day after his disappearance.

At the time, she asked media outlets not to name her.

“What is he eating? What is he drinking? Does he deserve this? He is not a terrorist. He is an analyst and a journalist,” she added.

A journalist and former royal court insider, Khashoggi has been a prominent critic of Saudi Crown Prince Mohammed bin Salman, the kingdom’s de facto ruler, since he went into self-exile in June 2017.

A day after Saudi Arabia’s public admission of his death, Turkish media released CCTV footage apparently showing Khashoggi and Cengiz hand-in-hand, entering an apartment building where the journalist had just bought a property for the couple.

When Turkish officials privately told media outlets four days later that they believed Khashoggi had been killed, Cengiz tweeted that she refused to believe the news until an official statement was made.

That official statement came in the early hours of Saturday when Saudi Arabia admitted that Khashoggi died in the consulate, claiming he was the victim of a “fistfight” after a discussion turned violent.