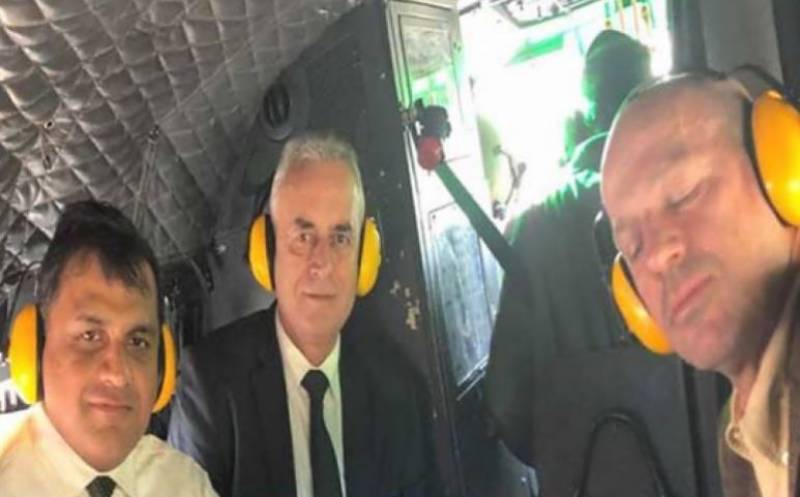 Islamabad (Web Desk): Diplomatic corps reached the Line of Control (LoC) to visit the sectors hit by the Indian unprovoked firing on Saturday night and Sunday.

The FO spokesperson tweeted that the diplomatic corps will visit Jura, Shahkot and Nousheri's sectors along the LoC and observes the ground situation.

The trip has been arranged so the diplomats can verify for themselves the claims made by the Indian army chief.

"The Indian side has not joined us in the visit to the LoC nor have they provided coordinates of the alleged 'launchpads'," the FO spokesperson added.

The Indian side has not joined us in the visit to LoC neither have they provided coordinates of the alleged “launchpads”.

He added that India had also failed to share the coordinates of launchpads which the Indian army claimed to have destroyed.

Meanwhile, in a post on Twitter, Director General Inter Services Public Relations (DG ISPR) Major General Asif Ghafoor said that the Indian high commission staff did not have the moral courage to accompany fellow diplomats in Pakistan to LOC.

He said what good Indian high commission is which cannot stand with its Army Chief?

This is pertinent to mention that the visit has been organised by Pakistan in the wake of Sunday’s deadly exchange at the LoC sparked by India’s ceasefire violations.

Nine Indian soldiers were killed, while one Pakistani soldier and five civilians were martyred as the two sides exchanged heavy fire in Jura, Shahkot and Nousheri sectors along the LoC.