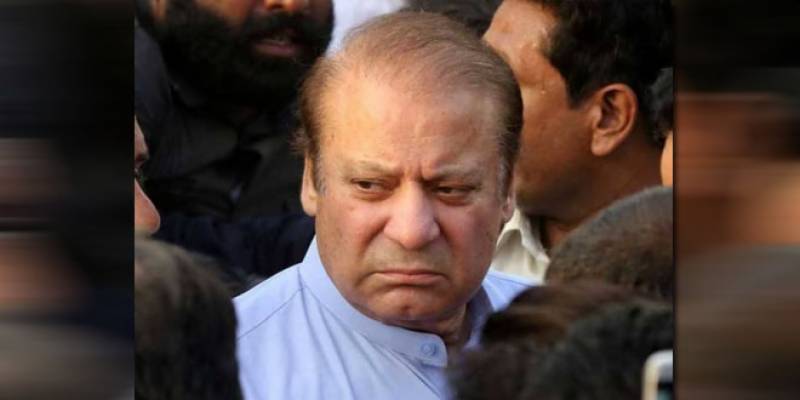 According to a spokesperson of National Accountability Bureau (NAB), Nawaz was tested for dengue fever at the hospital, but the test results came back negative.

“Former PM #NawazSharif is detected to have critically low Platelet Count (16*10^9/L) that could be due to multiple pathologies & requires immediate in-hospital care. I’ve requested the concerned authorities to act in urgency please,” he said.

Former PM #NawazSharif is detected to have critically low Platelet Count (16*10^9/L) that could be due to multiple pathologies & requires immediate in-hospital care.

On Monday night, Nawaz Sharif was shifted to Services Hospital under tight security.

The law-enforcing agencies cordoned off the hospital where patients and their attendants were being subjected to strict security checks.

Earlier, Dr Adnan met Nawaz Sharif for consultation and evaluation in Kot Lakhpat Jail and raised an alarm about the deteriorating condition of the former PM. “He’s visibly unwell and has multiple serious life-threatening health issues of acute nature,” he tweeted.

The personal physician of Nawaz recommended immediate hospitalisation for workup and treatment.

“The matter is of utmost urgency. I’ve requested the authorities concerned to act in urgency,” Dr Adnan said.

Following Dr Adnan’s caution, Pakistan Muslim League-Nawaz (PML-N) President Shehbaz Sharif said that the government’s act of not shifting the former prime minister earlier to a hospital for medical care was the worst example of political vengeance and insensitivity.

He warned PM Imran of the consequences if anything happened to the supreme leader of the main opposition party.

“Imran Khan Niazi will be responsible if anything happens to Nawaz Sharif,” Shehbaz said.