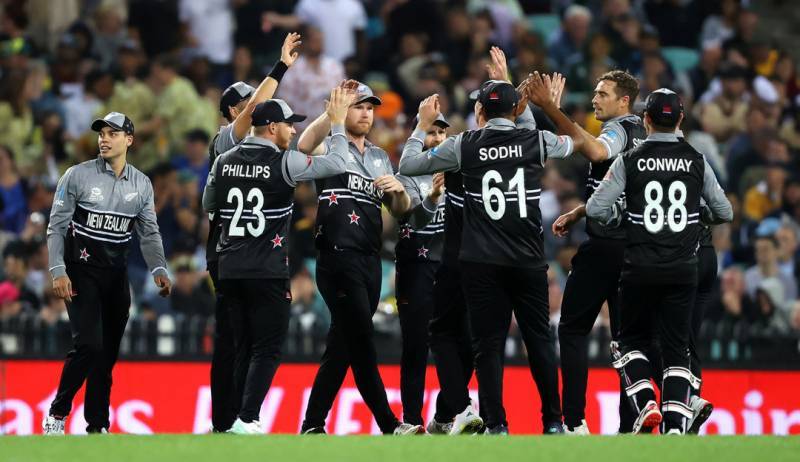 Devon Conway carried his bat with a majestic unbeaten 92 to help New Zealand blast 200-3 before Australia were skittled for 111 in Sydney to make a nightmare start to their title defence.

Conway’s knock came from just 58 balls with seven fours and two sixes, joining a select group to make 90 or more at a World Cup. Mitchell Santner and Tim Southee both took three wickets each.

Aaron Finch’s men now have their work cut out to match the feat in a tough Group 1 with Afghanistan, England and qualifiers Ireland and Sri Lanka awaiting them. Only the top two make the semi-finals.

New Zealand got off to a sensational start after Finch sent them in to bat, with Finn Allen cracking two fours and a six off Mitchell Starc’s opening over.

Adam Zampa dropped Allen in the next over as Pat Cummins was similarly punished, taken for 17.

But the young right-hander’s luck ran out when Hazlewood returned and the wily pace spearhead bowled him for 42 -- off just 16 balls -- as he charged down the crease.

The introduction of Marcus Stoinis and Zampa helped stem the run flow, but Conway brought up his 50 with a six off the spinner Zampa, who trapped Kane Williamson (23) lbw in the same over.

Hazlewood removed Glenn Phillips for 12 before Jimmy Neesham hit a six off the final ball to reach 200.