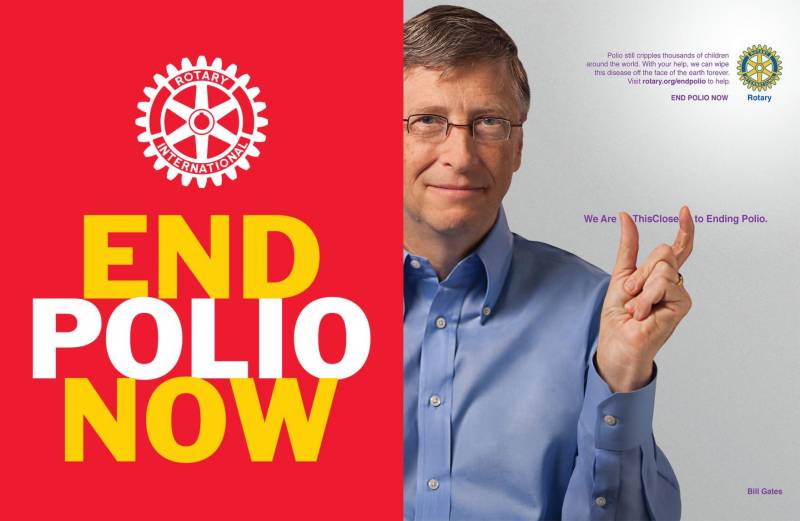 New York (APP): Bill and Melinda Gates Foundation co-chairman Bill Gates appreciated the progress achieved in eradication of polio over the last four years in Pakistan and expressed hope that the goal of complete eradication from the remaining three pockets in the country would be achieved soon.

Gates called on Prime Minister Shahid Khaqan Abbasi, who is attending the United Nations General Assembly, at a hotel in New York.

Gates reiterated his continued interest in working together for eradication of polio in Pakistan. He also expressed interest in expansion of engagements in other areas, including the broader immunisation programme.

Prime Minister Abbasi thanked Gates for the work Bill and Melinda Gates Foundation is doing in Pakistan, particularly for the eradication of polio as well as their interest in expanding in other areas.

Gates thanked the prime minister for continuous commitment of the Government of Pakistan in achieving the objective of eradicating polio in the country.

He expressed his hope that the prime minister would continue to lead the effort till the end of polio on a personal note.

Gates also expressed interest in making the financial services of Microsoft accessible to the people of Pakistan so as to enable them to do financial transactions and use online services.