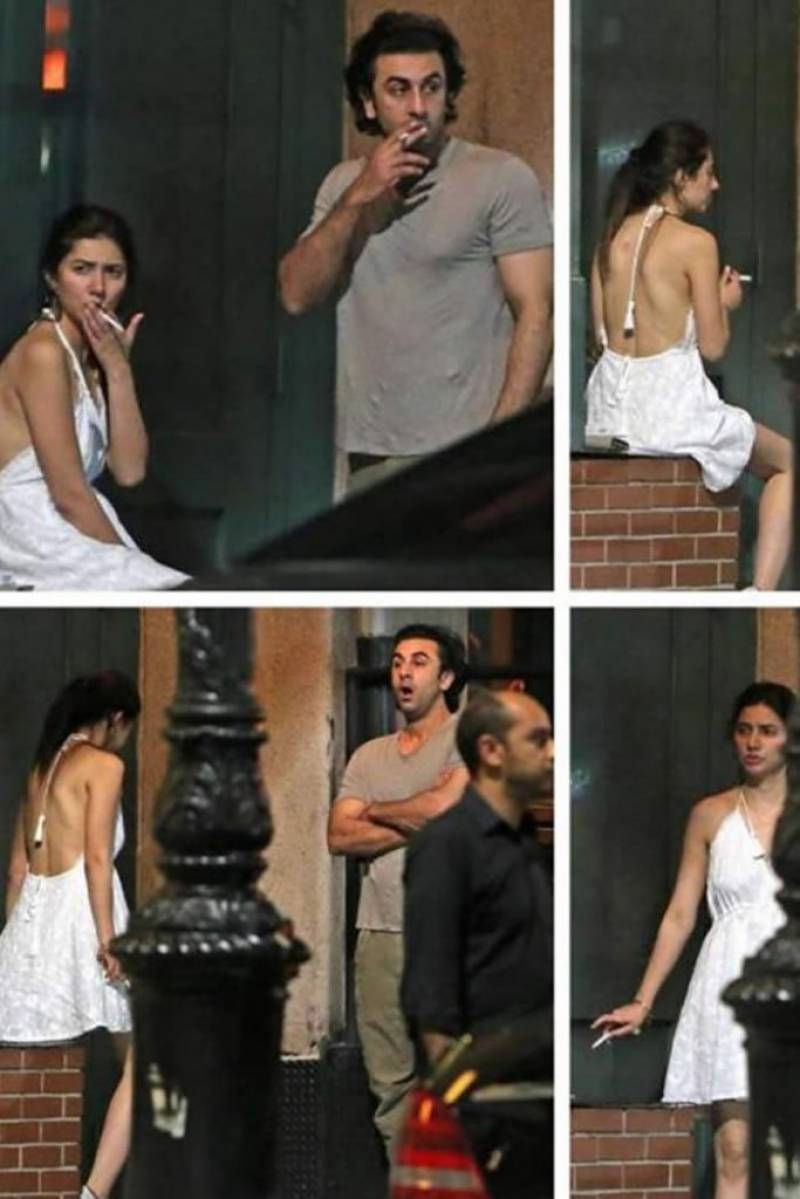 According to detail, love-bites and smoke-breaks have already been in news, this time there are rumors about Ranbir Kapoor’s personal life. He was rumored to be dating Pakistani actress Mahira Khan but has always denied it.

But, look the duo vacationing in New York city while Ranbir was there filming for the Dutt biopic in July this year. These photos have been taken outside Mahira Khan’s hotel in New York City and the alleged couple can be seen smoking. Are those are love-bites on Mahira Khan‘s back!

While earlier, Mahira had denied any relations with Ranbir.