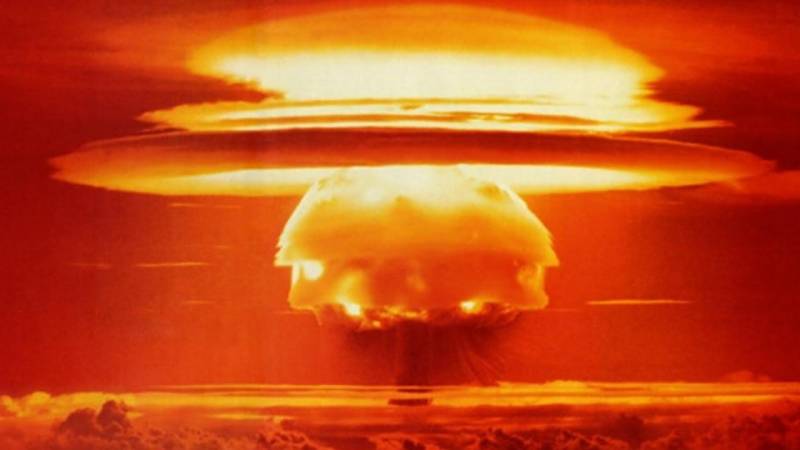 Seoul (Reuters): North Korea said on Friday it might test a hydrogen bomb over the Pacific Ocean after US President Donald Trump vowed to destroy the reclusive country, with leader Kim Jong Un promising to make a “mentally deranged” Trump pay dearly for his threats.

Kim did not specify what action he would take against the United States or Trump, with whom he has traded insults in recent weeks. South Korea said it was the first direct statement of its kind by a North Korean leader.

Ri, who was talking to reporters in New York ahead of a planned address later this week, also said he did not know Kim’s exact thoughts.

Japan, the only country ever to suffer an atomic attack, described the threat as “totally unacceptable”.

Trump said in his first address to the United Nations on Tuesday he would “totally destroy” North Korea, a country of 26 million people, if it threatened the United States and its allies, and called Kim a “rocket man” on a suicide mission.

Kim said the North would consider the “highest level of hard-line countermeasure in history” against the United States and that Trump’s comments had confirmed his own nuclear program was “the correct path”.

Pyongyang conducted its sixth and largest nuclear test on Sept. 3 and has launched dozens of missiles this year as it accelerates a program aimed at enabling it to target the United States with a nuclear-tipped missile.

“I will surely and definitely tame the mentally deranged US dotard with fire,” Kim said in the statement carried by the KCNA state news agency.

In a separate report, KCNA made a rare criticism of official Chinese media, saying their comments on the North’s nuclear program had damaged ties and suggested Beijing, its only major ally, had sided with Washington.

Singling out the official People’s Daily and its more nationalistic sister publication, the Global Times, KCNA said Chinese media was “openly resorting to interference in the internal affairs of another country” and driving a wedge between the two countries.

The escalating rhetoric came even as UN Secretary-General Antonio Guterres called for statesmanship to avoid “sleepwalking” into a war.