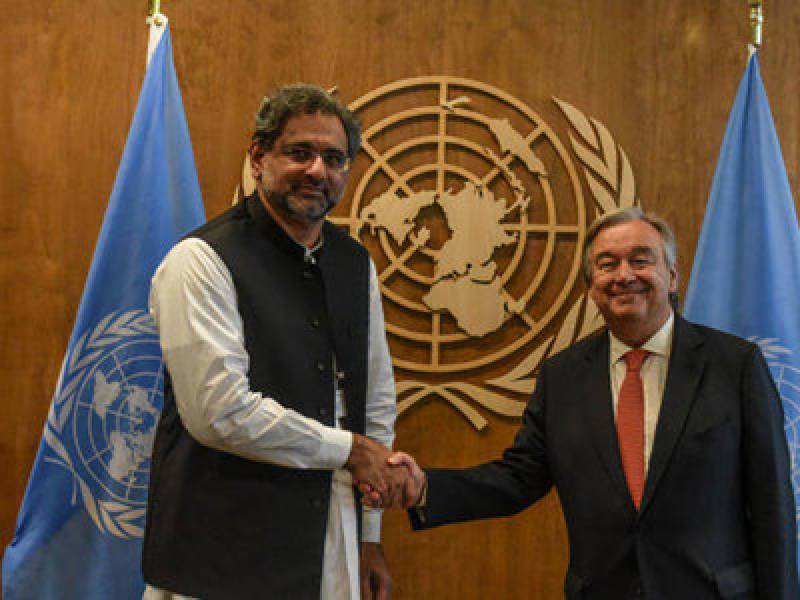 According to details, the premier made the demand during a meeting with UN Secretary-General Anotonio Guterres in New York City on the sidelines of the 72nd session of the UN General Assembly.

He apprised the UN chief of Indian ceasefire violations across the Line of Control and Working Boundary.

Abbasi gave a dossier during the meeting, regarding the atrocities carried out by Indian security forces in Kashmir. He further complained that India has closed negotiation doors with Pakistan.

PM also told Secretary-General about the frequent and unprovoked violations of cease fire agreement by India.