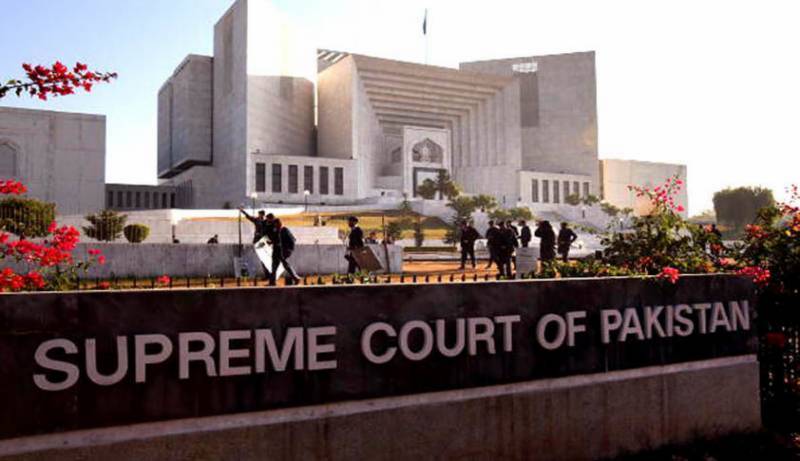 Islamabad (Web Desk): The Supreme Court (SC) on Thursday urged the Pakistan Tehreek-e-Insaf (PTI) to return to the National Assembly (NA) as people elected their representatives for a five year term.

In his remarks, Chief Justice of Pakistan (CJP) Umar Ata Bandial said that people have elected its representatives for five years and it would be best if the PTI would play its role in parliament, which is its real duty.

The CJP urged the PTI not to “rush” the matter, adding that IHC CJ Athar Minallah had given judgement only after reviewing the law in depth.

"To interfere in the speaker’s matters in this manner is indeed a very difficult issue for the court,” the CJP observed.

"Millions of people have been displaced by the floods," CJ Bandial said, adding that the victims have neither water to drink nor bread to eat.

"Also look at the economic condition of the country," the CJP added, "what would be the cost of the by-elections on the 123 seats?”

CJP Banial said one should conduct themselves in a dignified manner and exercise "tolerance in matters of the state".

"We are giving you another chance to think. Take instructions from the party," he told the PTI's counsel.

The PTI  lawyer, however, argued that except for Shakoor Shad, who was elected from Karachi's NA-246 constituency, none of the PTI MNAs had denied having resigned from the NA.

He further stated that the IHC had said in its order that it could not interfere in the speaker's functions.

At that, the CJP enquired whether the NA speaker was ever asked why he was not confirming the remaining resignations. "He has his own way. How can we interfere?"

Justice Bandial observed that every institution worked within its capacity and an entire system needed to be in place to conduct general elections. And the turn-out was also usually low in by-elections, he observed.

The court gave the PTI another chance to "establish its case" and adjourned the hearing for an indefinite period.

It is pertinent to mention that PTI lawmakers had resigned en masse from the NA on April 11, following the ouster of party chief Imran Khan as the premier through a no-confidence motion.

The PTI had challenged the move in the IHC on August 1, contesting that it was "unsustainable".

The IHC, however, dimissed the petition on September 6 and declared that the acceptance of PTI lawmakers’ resignations by Suri was unconstitutional.

The PTI then approached the SC, praying it to set aside the IHC order, terming it "vague, cursory and against the law".