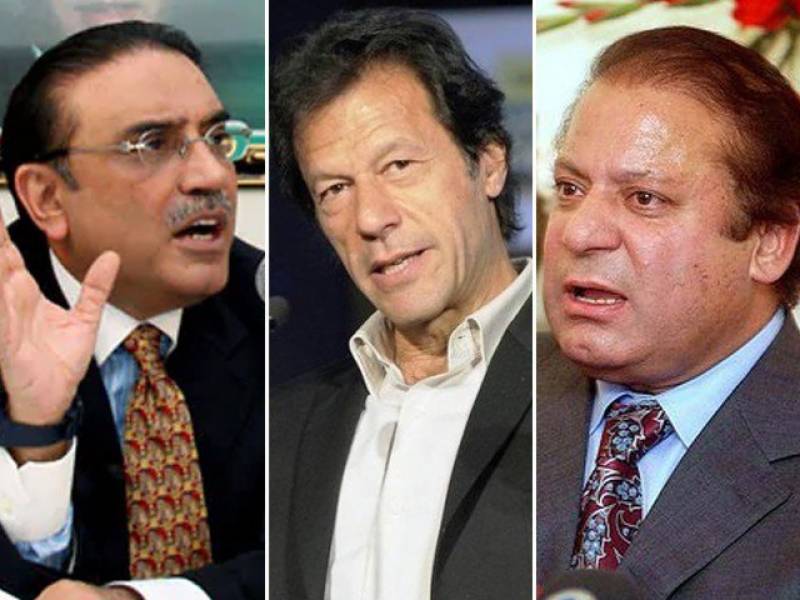 The Pakistan Tehreek-e-Insaf (PTI) chairman stated while addressing members of the press in Dadu that the PM and Zardari were both corrupt.

He further said that Zardari has stolen the nation's money, it is his turn now. This country is being looted since the past 25 years.

The PTI chief said while commenting on the Supreme Court (SC) verdict on the Panama case, "The people of PML-N distributing sweets and celebrating the verdict are fools. The SC has stated that institutions have been paralysed."

"The SC rejected the Qatari prince's letter," Khan said. Qatar's Prince Hamad Bin Jassim bin Jaber Al-Thani had written a letter that stated that Nawaz Sharif's son Hussain Nawaz had acquired the London flats via a business settlement with the Al-Thani family. The letter was submitted to the Supreme Court in the Panama Case.

The PTI chief said that his party has started a revolutionary movement to wake up the nation. "I have arrived late in Sindh, but we will hold a large-scale rally here."

Earlier on Saturday, Minister of State for Information and Broadcasting Maryam Aurangzeb congratulated the PTI chief on the Prime Minister’s ‘victory’ in the Panama case.